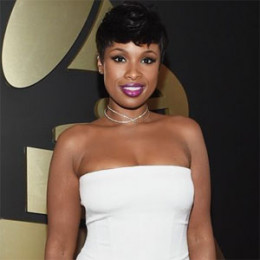 American singer, actress, and spokesperson, Jennifer Hudson rose to fame after appearing in the third season of the reality show, American Idol. Hudson released back to back albums that were certified gold by the RIAA. She also received various prestigious awards for her roles in the movies and TV series. Despite a successful professional life, she faced many tragedies in her personal life. Currently, Hudson is single but is a mother of a child from her previous relationship.

Jennifer Hudson was born Jennifer Kate Hudson on 12th September 1981 in Chicago, Illinois to Darnell Donner (7th November 1950- 24th October 2008) and Samuel Simpson (died in 1999) under the birth sign Virgo. She has a brother and a sister, Jason and Julia and all three were raised as Baptist. Hudson is American by nationality and is of African American ethnicity.

She completed her high school in 1999 at Dunbar Vocational High School. Later joined Langston University but dropped out only after a semester due to homesickness. She then attended Kennedy-King College.

Hudson from the very early age began singing in a choir in the church. In 2002, she signed her first five-year contract with Righteous Records. However, the contract was dismissed only after two years so that she could appear in American Idol.

Jennifer Hudson started her singing career from American Idol. Hudson gave audition for the third season of the show and reached up to top 7. For her fantastic performance, she listed as third greatest American Idol contestant after Kelly Clarkson and Carrie Underwood.

Hudson after the Idol contest featured in a duet on Meat Loaf’s Bat Out of Hell III: The Monster Is Loose. In 2008, she released her debut album, Jennifer Hudson written by Ne-Yo including contributions from Missy Elliot, Robin Thicke, Harvey Mason Jr. and Diane Warren among others. The album entered the Billboard and was also certified gold by the RIAA.

Soon after the first album, Hudson released back to back albums I Remember Me and JHUD for which she was nominated for various prestigious awards and won Grammy as well as a Daytime Emmy Award.

As of 2011, Hudson appeared as an assistant in the reality show, The X Factor. In 2016, Hudson signed a contract with Epic Records and is planning to release her fourth album.

Jennifer Hudson made her Hollywood debut in 2006 from the movie Dreamgirls sharing the screen with Beyonce, Eddie Murphy, Jamie Foxx, Loretta Devine, Anika Noni and Sharon Leal among others.

In 2008, Hudson starred in Sex and the City with Sarah Jessica Parker, Kim Cattrall, Cynthia Nixon, Kristin Davis, Chris Noth and David Eigenberg among others.

Hudson made her TV debut from the series, Smash appearing alongside Katherine McPhee, Megan Hilty, Debra Messing, Christian Borle, Anjelica Huston and Jeremy Jordan among others.

As of 2017, Hudson appeared in some TV shows like The Voice UK and The Voice (U.S) as a coach. She also worked in a movie, Sandy Wexler by Steven Brill.

Awards and Nominations for Music

Jennifer Hudson was nominated for various prestigious awards for songs and albums and among them are:

Awards and Nominations for Acting

Dreamgirls is one of her best movie for which she won multiple of awards that include:

Jennifer Hudson, the talented lady is currently single after a recent break up with her fiancé, David Otunga (a former wrestler and an actor). The pair started dating from 2007 and got engaged soon in 2008.

They were even planning to get married soon. In 2009, the pair welcomed their first baby together and named him as David Dabiel Otunga, Jr.

In November 2017, the pair announced their separation publically to the People’s magazine. Hudson gave her longtime boyfriend’s inappropriate behavior the reason behind ending the 10-years relationship. She also stated that Otunga harassed and threated several times which she could not bear. However, her husband strictly denied all the allegations she made against him.

The court gave Hudson a protection order. Soon after their separation, the custody of the child was given to Otunga for the temporary purpose since Jennifer is busy shooting for the Voice UK and she also visits Los Angeles for the shooting of The Voice U.S.

In 2008, Hudson’s mother and her brother, Jason were shot dead in Chicago home. Sometime after the incident, an AMBER Alert (alter tool after the disappearance of the child) was issued after Hudson's elder sister Julia reported that her son Julian King went missing.

Three days later her nephew was found dead with multiple gunshot wounds in Chicago’s West Side at the very early age of 7. After investigation William Balfour, an estranged husband of Hudson’s sister was arrested on the charge of three counts of first-degree murder and several other charges.

Hudson, in 2009 made her first public appearances since such incident. She then performed at Grammy Awards, Super Bowl XLVII, American Idol and The Oprah Winfrey Show.

As per our research, Hudson is a good friend of Barack Obama, the former president of US. She also performed in the White House at the Celebration of the Civil Rights Movement event.

Jennifer Hudson, 36, is a self-made millionaire who currently has an estimated net worth of $20 million.

Hudson’s albums are a major source of her income from where she makes a good amount of money. Her album, Jennifer Hudson sold almost a million copies only in the US. Also her second album, I Remember Me also sold 165k in the first week of release.

She set an example for all the ladies, losing a lot of weight after her pregnancy and became the face of Weight Watchers, an American company that offers several products that help for weight loss.

Hudson owns a mansion in Chicago costing around $3 million. She also owns a GMC Yukon worth $60k. She has a platinum Neil Lane engagement ring worth thousands of dollar.

She has a Cartier Ballon Bleu 18k Pink Gold Automatic watch that costs $11,800. She is a fond of collecting expensive and designer shoes. Her collection includes- Giuseppe Zanotti Spring 2013 Metal-Detail Suede Sandals.

Along with shoes, Hudson has a great collection of accessories that includes her diamond chandelier worth $400k. Another piece of jewelry is her Lorraine Schwartz diamond earning.

Hudson worked on a project of Johnson and Johnson for the proper care of the children. She also participated in several awareness campaigns related to heart disease, abuse, AIDS & HIV, Cancer, Arts, Health, Poverty, Women Empowerment and Human Rights among others.

In 2010, Hudson donated $61 million which she earned from performing the Beatles’ Let it Be for the foundation, Hope for Haiti Now: A Global Benefit for Earthquake Relief.

In the memory of her murdered family members, Hudson along with her sister established a foundation named, Julian D. King Gift Foundation. The organization gives Christmas present and school supplies for the needy people of Chicago. For her charity work, Hudson was handed a trophy of the Favorite Humanitarian at People’s Choice Awards. Along with the trophy, she received $100k donation for her foundation.

On 10th August 2009, Jennifer Huston and her fiance, David Otunga welcomed their first child and named him as David Dabiel Otunga, Jr. After the separation of the parents, Otunga Jr. is living with his dad due to his mother's busy schedule.