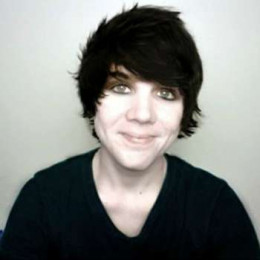 Damon Fizzy is an American online Personality who earned his popularity through his channels DamonFizzy and DeeFizzy which was created with the aim of bringing happiness to others and attracted a wide range of followers on YouTube. He grew up in Spring Hill, Florida. His younger brother Devon has appeared in his Younow broadcasts. In addition he was involved in Vans Warped Tour and was invited to serve as an agent for the Fiesta Movement in 2014. His first video "Chicks Dig Me Because I Wear Axe” was uploaded on July 3, 2008, and his channel had thousands of subscriber. He posted a complete makeover video with Matthew Lush in June 2015 titled "The New Me!!”

They’re obsessed with me. This was at 7 in the morning so excuse the bedhead. WHAT R U UP TO ??

YouTube star Damon also was rumored that he was in relationship with Taylor Swift. However this was due to the misunderstanding of the people. To be in touch with him we can subscribe his YouTube channel and also we can follow him on Twitter at @deeFizzy.

Damon Fizzy was born on 8 November 1991 in Florida. His birth sign is Scorpio.

He has two YouTube channels named deefizzy and DamonFizzy with 637k and 419k subscribers respectively.