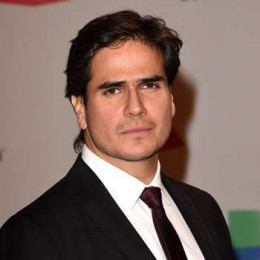 Daniel Arenas Consuegra is a Colombian soap actor. He has worked in numbers of Colombian as Mexican television series. His works have been well appreciated by the viewers also helping him earn nominations for various prestigious awards. His filmography includes Francisco el Matemático, Los Reyes, Jesucristo Superestrella, Nuevo Rico, nuevo pobre and many more. Los Reyes was the one to help him rise to popularity. He was born to physician father and is youngest of six children in his family.

Daniel Arenas, despite of sharing major portion of his life on screen has been able to maintain his personal life well off the limelight. His relationship status remains undisclosed but this handsome hunk in undoubtedly dream boy for many ladies. He is still growing with his career and has a lot to do ahead. There are not much rumors associated with him and he is having a satisfactory life as a celebrity. Along with screen roles, he has also appeared in various theatrical performances.