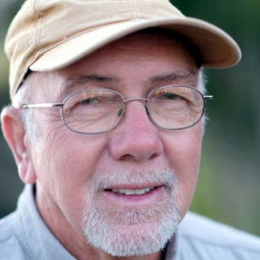 Daniel Edger is a famous American reality television star who is better known for appearing in the History channel reality series, Swamp People. He started his career in the Swamp People from season 7 of the series.

Daniel Edgar is possibly single at the moment. A television star is a private person who rarely talked about his personal matter in public. Despite being famous, he managed to make his personal life a low-key. 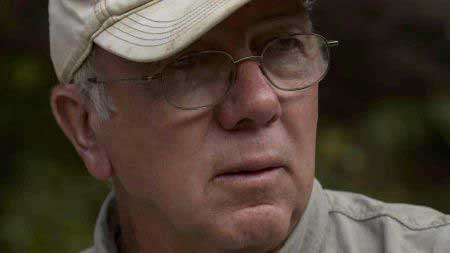 Daniel was previously married to Juanita Thomas Broussard. The duo was living their life blissfully until the 17th March of 2018 when Juanita died unfortunately at the age of 68 at Our Lady of Lourdes Regional Medical Center. Moreover, until her death, nobody knew who Daniel's wife was.

The duo was proud parents of there two children, two sons Dwaine Edger and Joey Edger. Further, Daniel and his sons work together in their History channel show named Swamp People.

Edgar is out of any dating rumors and is also out of any media controversies. He is focused on his career and is never linked with any girls after his wife's death.

How much is the Net Worth of Daniel Edgar? Know about his Earnings, Salary

Daniel Edgar's net worth lies somewhere between $100,000-$800,000. He gathered that fortune by working in the television reality series named Swamp People which is broadcasts in History channel. In addition, the average salary of a  reality star is $25,000-$40,000(approximately per show). 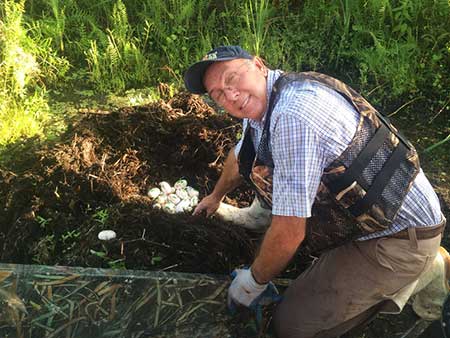 Swamp People star Daniel Edger at the nest of an alligator with eggs during one of the hunting season.

Daniel started his career in the Swamp People from season seven of the series. The shows broadcast the day-to-day activities of alligator hunters living in the swamps of the Atchafalaya River Basin who hunt alligators for a living. Besides, the tenth season of the show was premiered on January 31, 2019.

In the month of February 2017, Daniel took the much awaited gratifying breath of his with the biggest catch ever in the history of swamp people. After 10 separate sightings and chances to kill, Daniel finally hunted the fiercest, biggest alligator in Swamp history in the show's premiere of Season 8.

Daniel Edger was born and raised in Lidia, Louisiana in the United States. He holds American nationality and belongs to German African descent. Furthermore, he is also a grandfather of Dwaine's son Dorien Edgar. 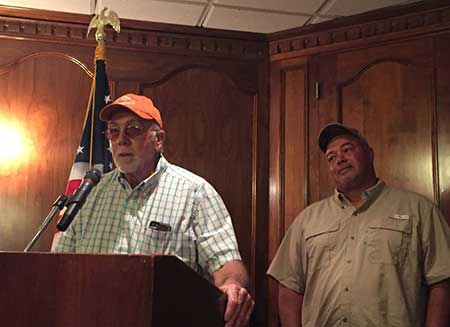 Daniel Edger prefers to keep his information regarding his early life within himself. Furthermore, he avoids using social media platforms and appears less in front of the media. What's more, he stands at a decent height with a pair of green eyes.

Daniel was previously married to the love of his life named Juanita Thomas Broussard. The duo was living their life blissfully until the 17th March of 2018.

Daniel and Juanita were proud parents of there two children and one of them is a son named Dwaine Edger.

Daniel and Juanita were proud parents of there two children and one of them is a son named Joey Edger.