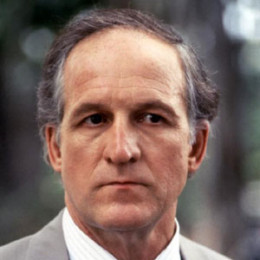 Hill Street Blues actor Daniel J. Travanti is an American actor who has won Golden Globe Awards, Primetime Emmy Awards for outstanding lead actor in the drama series. He is active in the film industry since 1958 and worked on various movies and TV series.

Born as Daniel Giovanni Travanti, on 7th March 1940, he is the son of Italian immigrant parents and grew up with four siblings in the city of Kenosha, Wisconsin, United States. His father used to work at the American Motors assembly plant.

Travanti attended the University of Wisconsin-Madison despite getting a good scholarship at Harvard University, Princeton University, and Dartmouth College. From childhood, he was good at studies and sports too.

Later, he joined youth government and leadership program called Badger Boys State as a representative from his high school.

Daniel made acting debut from an American TV drama Route 66 created by Herbert B. Leonard and Stirling Silliphant, in 1960. He made his appearance in the episode Child of a night. The drama series has conducted 4 seasons and has over 116 episodes.

Till now, he has played over 53 TV drama series in his lifetime though he rose to the fame from the police drama series, Hill Street Blues, created by Steven Bochco and Michael Kozoll.

It has conducted 7 seasons with a total of 146 episodes. He portrayed the character of Capt. Frank Furillo in the drama series. He also received Golden Globe Award, Primetime Emmy Awards, and Viewers for Quality Television Award for best actor in the same drama series.

Moreover, he is working in an action television series NCIS: Los Angeles which won 6 Teen Choice Awards and one Portuguese Golden Globes Awards which is internationally broadcast in different countries including India, UK, Netherlands, Australia, and Portugal.

Daniel is quite secretive about his personal life and love affair. According to the sources, he is single and but in a relationship with his work.

There was a rumor that Daniel's co-star Veronica Hamel was his girlfriend. Many speculated that after Hamel's divorce she dated him but both did not address the rumors.

After playing several roles in the Hollywood movies, Daniel J. Travanti has successfully earned a good sum of money.

His action crime thriller movie, Just Cause, directed by Arne Glimcher was a moderate success with the box office collection of about $36 million. He is also the winner of many awards which probably boosted his salary and net worth.

Check out the interview of Daniel J. Travanti with Archive of American Television,