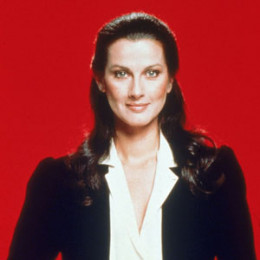 Veronica Hamel is an American actress and model better known for her roles in Hill Street Blues, Cannonball and Taking Care of Business. She is a former fashion model discovered by Eileen Ford. She was also listed on US magazine’s Best Dressed list in 1983. She was also nominated for a Primetime Emmy Awards for her greater performance in drama series, Hill Street Blues.

Born on 20th November 1943, Veronica Hamel is a daughter of Philadelphia carpenter. She grew up in the city of Philadelphia, Pennsylvania, USA. She graduated from the Temple University.

Following that, she worked as a secretary for a company that manufactured ironing board covers. Later, she began her modeling career when she was discovered by Eileen Ford, executive and co-founder of the American model agency Ford Models.

She then roles in the Cigarette commercial of Virginia Slims, which was televised in the U.S. on New Year’s Day 1971 on The Tonight Show. Later in 1971, she played a cameo role in American crime-thriller movie, Klute, directed and produced by Alan J. Pakula.

Hamel was offered different roles in TV drama series. She was also offered the role of Kelly Garrett on Charlie’s Angels in 1976, but she refused the proposal and was replaced by Jaclyn Smith.

Her role Joyce Davenport in the American serial police drama, Hill Street Blues, added more to her fame and even won a nomination for the Primetime Emmy Awards.

After playing several supporting roles, she landed a lead role in the romantic comedy movie, A New Life, directed by Alan Alda in 1988.

Veronica Hamel married Michael Irving in 1971. Their relationship as husband and wife lasted for a decade and divorced in 1981. The pair didn't have any children despite their long marital relationship.

After the divorce, she didn't marry another man and led a single life focusing on her career. She was once rumored to be dating her co-star, Daniel J. Travanti, but both did not address the rumors.

After playing several roles in the movies, Hamel has successfully earned a good sum of money. She has collected an estimated net worth of $4 million.

Veronica Hamel is married to Michale Irving. Like the marital relationship of many celebrities, theirs also ended in a divorce.