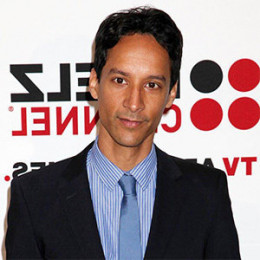 Danny Pudi, an American actor and comedian, is currently married to Bridget Showalter Pudi since 2004. He is best known for his role as Abed Nadir on the NBC/Yahoo! Comedy series, Community. Danny is the son of Programmer and analyst Teresa and father Abraham Pudi. He grew up speaking Polish with his mother and grandmother. After graduating high school, Danny attended Marquette University in Milwaukee. In 2001, he graduated college with a degree in Communication and Theater.

Danny Pudi was the first winner of the Chris Farley Scholarship and became a recruiter for an executive search firm before moving to Los Angeles in 2005. He performed in several television shows before joining the cast of Community. Pudi has appeared in multiple television advertisements such as Snickers, Verizon, McDonald's, T-Mobile. He is married to his college-time girlfriend, Bridget Showalter Pudi. They are blessed with twins, a son and a daughter.

Danny Pudi got married to his college sweetheart Bridget Showalter Pudi in 2004. The couple has been blessed with two children