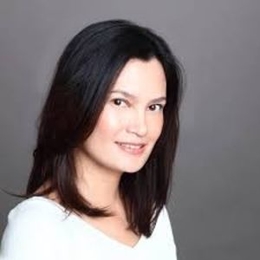 Filipino TV Host and producer Daphne Osena Paez is living her best life. She is enjoying a sucessful professional life and family life as well. So, how do this multi-talented artist achieved this balance?

Daphne Osena Paez first tied the knot with Patrick Paez on May 4, 2002, in Batulao, Batangas, after dating for six years.

The lovebirds exchanged vows in a private little chapel in the presence of friends and family. For the big day, the bride chose a minimalist Inno Sotto gown. 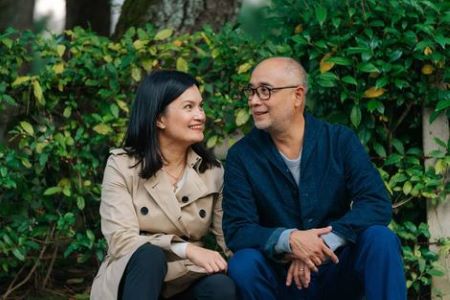 After the wedding ceremony, the pair hosted a simple reception at a driveway overlooking the mountains of Batulao. Though they wanted a lowkey ceremony, nonetheless, their friends surprised them with fireworks and a butterfly release.

The festivities, however, were not without any hitches. First, the former lifestyle host discovered a massive pimple on the morning of the wedding. Also, the power went out for a few minutes during reception. Though the wedding was far from perfect, the newlyweds and the guests had the best time.

Well, seventeen years have passed since Daphne and her husband's union. In all these years, there were no hiccups. Furthermore, it looks like the love between the pair is only growing with time.

If the couple is still very much in love, so what is this deal about second marriage? Well, the former news reporter and her spouse renewed their vows this year. 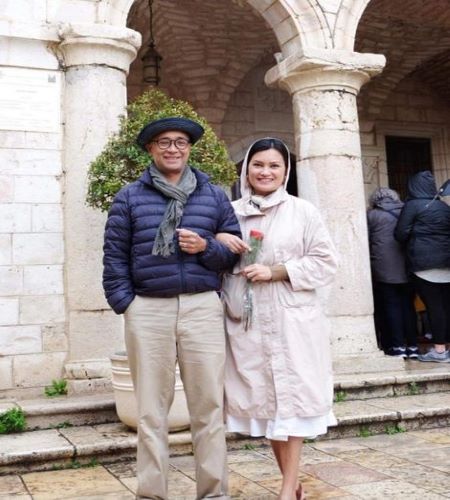 Daphne and her husband renewed their vows in 2019. SOURCE: Daphne Oseña Paez Instagram(@daphneop)

The pair were in Galillee, Isreal, for the pilgrimage. The tour package also included a renewal of vows ceremony in the holy site. The couple was not keen on this ritual as they did not want to do in a group setting, without their families.

As the tour went on, the hesitancy began to wear off. Thus, the Paez couple decided to do without much preparation. She wore a white shirt dress she bought for the tour and exchanged stainless steel rings they purchased at a souvenir shop near the church.

It looks like Daphne is not over marriages. She said the next time they renew their vows, she wanted to be in a small provincial church near their farm. Moreover, she hopes that at that time, she will be surrounded by their daughters and their future sons-in-law and their future grandchildren.

What Is the Secret Behind Daphne Sucessful Marriage?

Daphne and her husband both are professional with the hectic schedules. However, even with a busy lifestyle, they are able to maintain their relationship without any strains. 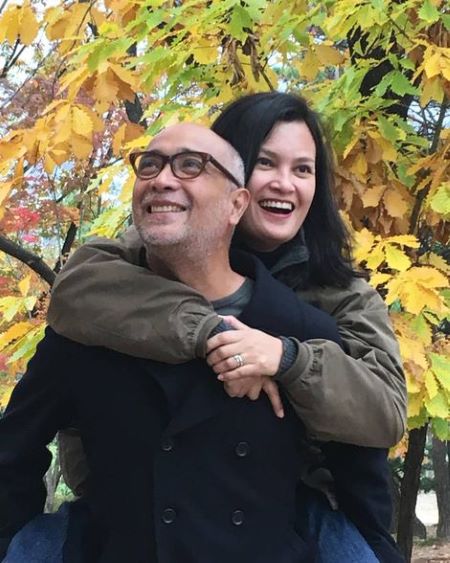 Daphne and her spouse know one another for the past two decades. SOURCE: Daphne Oseña Paez Instagram(@daphneop)

The biggest reason for their healthy marital relationship is that they support one another and encourages one another in their work. In addition, Daphne confessed that she infact, make a conscious effort to make time for her partner. They regularly go on dates, which include activities such as watching movies and eating dinner together.

Daphne Is A Doting Mother

Daphne and her better half started a family soon after the wedding. Their firstborn, Sophia Paez, was born after a year of their marriage. Three years later, the author gave birth to her second daughter Lily Paez. Similarly, after three years, she welcomed the youngest daughter Stella Paez. 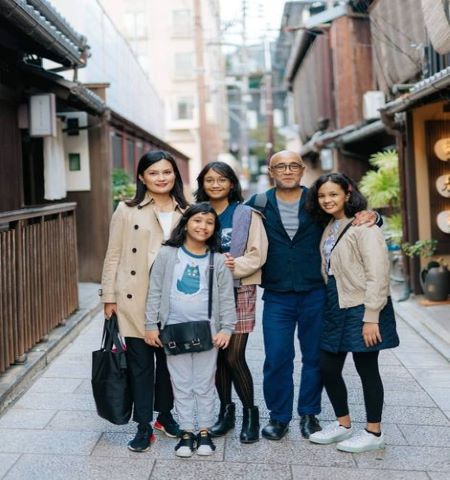 Daphne with her spouse and children in Japan. SOURCE: Daphne Oseña Paez Instagram(@daphneop)

The celebrity parents are very much involved on their kid's lives and spend as much time with them, even sometimes sacrificing their careers. Daphne mentioned in a interview she refused so many opportunities related to travel so that she could spend more time with her children during their growing up phase.

Daphne did dome sacrificing for her daughters; however, she did not let motherhood define her. Instead, she paved a new way for herself as she started working from home.

Daphne Osena-Paez is a former TV Host, Blogger, and entrepreneur. From all these professions, she is able to collect a respectable fortune. As of 2019, she holds an overall net worth of $300,000.

Daphne started her career as a news reporter in ABS-CBN. She, however, is most remembered as the host of "F" alongside Angel Aquino and Cher Calvin. When Calvin moved to the USA, supermodel Amanda Griffin joined the cast. 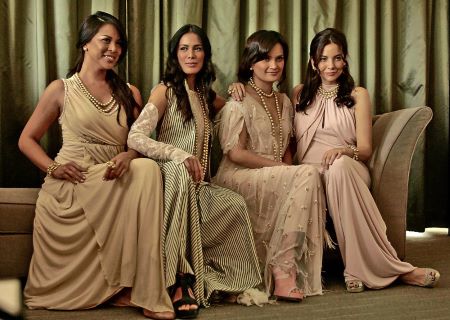 The award-winning weekly lifestyle show ran from April 17, 1999, to February 26, 2006. After that, The F girl worked in the show "Urban Zone" on the Filipino Chanel till 2012. Furthermore, she also worked in the movie "A Very Special Love."

Daphne, after giving birth to her children starts spending more time in the house. To maximize her time, she started blogging in 2007. In her blog, she focuses on homes and how people live. She also shares her style diary and snippets of her family life.

Daphne Osena-Paez Established Herself As A Successful Entrepreneur.

Daphne, who was already a household name because of her television works, made a brand name Daphne. Through this brand, she introduced different products, including luxury bed linen, beautiful handcrafted furniture, home scents, and fine jewelry. 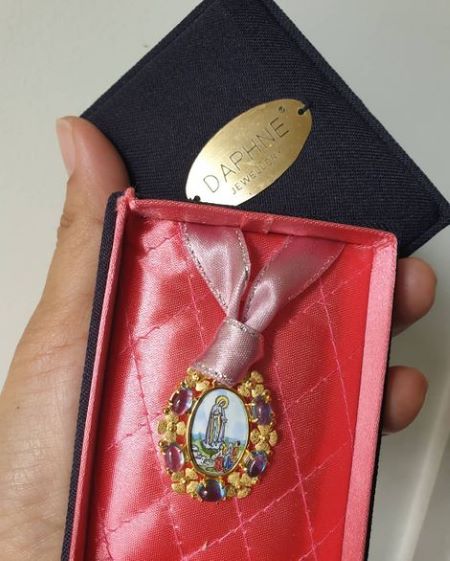 Among Daphne products, jewelry is trendy. Her collection includes hand-painted medals by a contemporary European artist. These are set on 14-carat gold frames hand-crafted in Manila.

As explained above, Daphne is quite affluent, to say the least, however, she likes to live a quality life instead of luxurious. She lives in a 60-year old home in the style of traditional Philippine architecture. 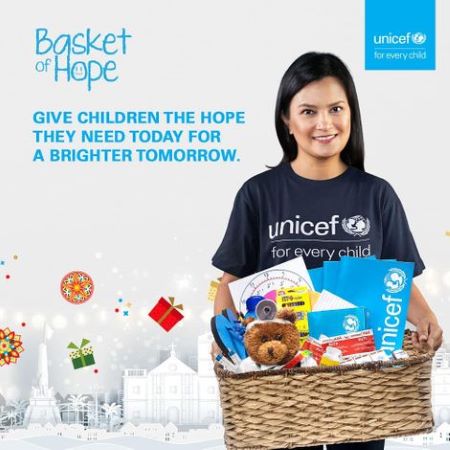 Patrick Paez is a journalist. He and Daphne dated for six years before tying the knot. At present, the pair is married for 17 years.

Sophia Paez is the first child of Patrick Paez and Daphne Osena Paez. She has two younger sisters.

Lily Paez is the second daughter born to Daphne Osena Paez with husband Patrick Paez. She has one older sibling and one younger.

Stella Paez is the youngest child of Daphne Osena Paez with her spouse Patrick Paez.