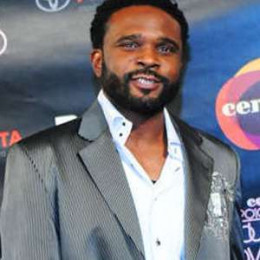 A film and television actor and singer, Darius McCrary began his career as a child actor and made his film debut in the 1987 comedy 'Big Shot'. He is the son of Grammy-nominated gospel/jazz musician Howard McCrary and older brother of actor Donovan McCrary.

McCrary is best known for his role as Edward "Eddie" Winslow on the ABC/CBS television sitcom Family Matters from 1989–1998. From December 2009 to October 2011, McCrary portrayed photographer Malcolm Winters on the CBS daytime drama called 'The Young and the Restless'.

Darius McCrary married Juliette Merrill Vann, a Las Vegas showgirl on 29th December 2005 and divorced in 2006. He then married Karrine Steffans, an actress, and producer on 20th April 2009 and divorced in 2011. In 2014, he married Tammy Brawner, an actress.The couple has a daughter named Zoey McCrary.

He married Karrine Steffans, an actress, and producer on 20th April 2009 and divorced in 2011.The couple are together for two years.

He married Tammy Brawner, an actress in 2014.The couple has a daughter.The couple are currently filed for divorced.

The couple has a daughter named Zoey McCrary.