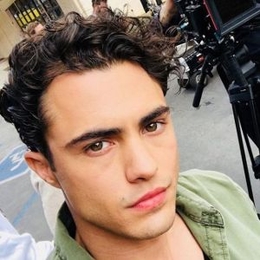 American actor Darren Barnet is the new heartthrob in the town. He plays 'Paxton Hall-Yoshida' in Netflix's new teen series, "Never Have I Ever." The actor previously worked in popular shows such as "Criminal Minds," "This Is Us," and many more.

Darren Barnet plays the high-schooler Paxton Hall-Yoshida in Netflix's new teen series "Never Have I Ever." But in real life, he is no high-schooler. It may come as a surprise that the actor is currently in his late twenties. Barnet was born on 27 April 1991 so as of 2020, he is 29 years old. 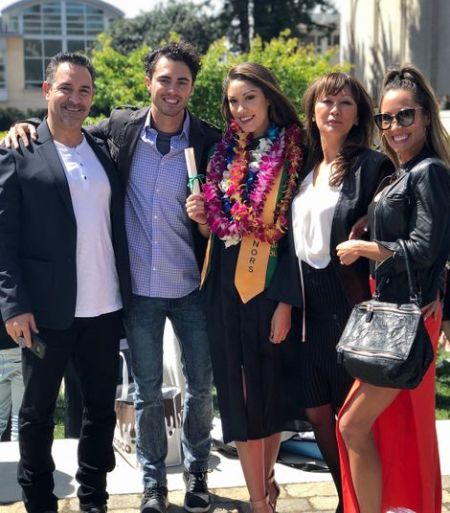 Barnet on the first glance may look like any white guy but surprisingly, he is of mixed race. He is part Japanese, Cherokee Indian, German and Swedish. As for his family, he was mostly raised by his mother in Florida after divorce from his father. He grew up with a older and younger sister, with whom he is very close. Interestingly his grandfather Charlie Barnet was a world-famous orchestra leader.

Darren Barnet is currently single. He is not linked to anyone. Furthermore, there is no hint on his social media that suggests he is in a romantic relationship.

Barnet, however, was not always single. In 2015, he was dating a woman named Cassie. The pair were open about their affair and regularly shared pictures of one another on their social media sites. 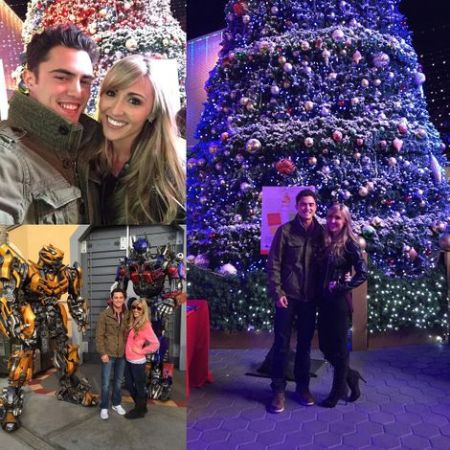 Sadly, the relationship could not last long. After dating for a year, Barnet and his then-girlfriend, Cassie, broke up. It looks like the former couple broke in amicable terms. Barnet has not deleted pictures of his ex-girlfriend from his Instagram.

Darren Barnet Career and Net Worth

Barnet grew up doing impressions, impersonations, and accents and always wanted to be an actor. He even expressed his desire to his parents when he was 4 or 5 years old, however, his parents were not excited with that prospect as both had dabbled in acting and knew how competitive the industry is. Thus, in teen years he only focused on academics and athletics. 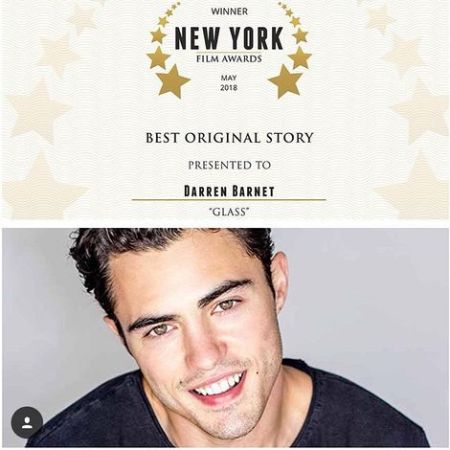 Darren Barnet worked in many shorts at the beginning of his career. SOURCE: Darren Barnet Instagram(@darrenbarnet)

Barnet, however, after joining college, he decided to give acting a chance ad started participating in college plays and making short films. After graduating he moved to Los Angeles to start a career in acting.

Luckily for 5 feet 9-inch tall actor, he was quickly signed on by an agency and started getting roles. At first, he played minor roles in various shows including "Criminal Minds", and "This Is Us." and after a couple of years, he landed lead roles in smaller projects such as "Instakiller" and "Turnt."

The year 2020 is finally shaping to be a big year for Barnet. In April, he will be seen playing the character of Paxton Hall-Yoshida in the Netflix series "Never Have I Ever" and share screen with young actors Lee Rodriguez, Jaren Lewison, and Maitreyi Ramakrishnan.  In addition to that, he is also playing a important role in "American Pie Presents: Girls'Rules" and a guest role in the final season of "Agents of S.H.I.E.L.D."

Barnet is acting professionally for the past five years, however, only recently he is getting major roles and recognition. As of 2020, his net worth is estimated to be $100,000.