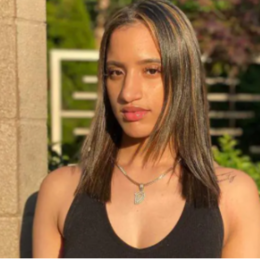 Dasany Kristal Gonzalez is the star of Orange Is the New Black. Rather than that, people have recognized her as the daughter of Dascha Polanco.

Does Dascha Polanco's daughter Dasany Kristal Gonzalez have a boyfriend?

Dasany Kristal Gonzalez is possibly single at the moment. It looks like Dasany is enjoying joyful life with her family as of now. The celebrity child of Dascha prefers to keep her personal life low profile. 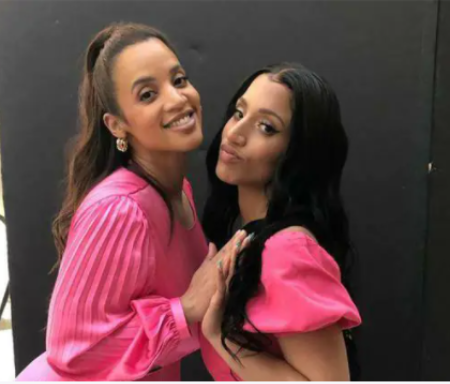 Gonzalez might have dated some guys in the past. The brown-haired even says she is too cute for boyfriends. However, Dasany refuses to reveal the names of her ex-partners to protect them from controversies.

Speaking of her mother, Dascha revealed motherhood and struggled to become a mother at a young age. Not to mention, Dascha gave birth to her first child, daughter Dasany at eighteen. Hence, in nearly two decades of becoming a mom, Dascha learned to let go of the faults she made in the past.

Dasany possesses an estimated net worth of $150,000 as of 2022, which she earned a reasonable amount from her career as an actress and rapper. Sany enjoys luxurious life, expensive cars, and designer clothes.

Likewise, her mother, Dascha Polanco, has summoned a net worth of $5 million. Dasany portrayed the character of Youthful Daya in the Netflix series Orange Is the New Black (OITNB) starring Ruby Rose and Laverne Cox.

To today's date, Dasany has uploaded two videos on YouTube. In a Q&A video shared in April, Sany disclosed her birth sign is Sagittarius, and her favorite color is pink.

The high school graduate filmed the video to answer questions asked by her fans on social media. Furthermore, Dasany played basketball at high school for four years. At the same time, the brunette beauty sold cupcakes as well.

Unlike her mother who is an actress, Dasany is not only interested in acting but also in music and has been active in the studios since 2020. In fact, Gonzal is into rap and hip-hop music. And, by far, Dasany has released songs and music videos including On Sight, Rude Gyal, Power Freestyle, and Boss. Gonzal worked with other musicians including Legendary Rella and Zeeky