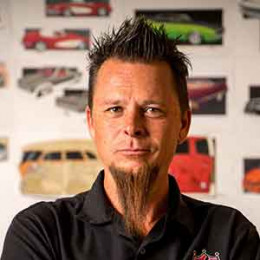 The American native Dave Kindig is a businessman, entrepreneur, designer and reality Television star who owns the company Kindig-it Design. He launched his company in 1999 and from his company he along with his crew redesign old and new vehicles. The company is known for its customization of cars so it is also called custom car restoration shop. Later in 2014, he became a part of the Television show, Bitchin' Rides where he repairs and modifies different vehicles from where he came into the limelight.

The Reality star Dave Kindig was born in the United States of America. His educational details and details about his family members still remain undisclosed. From a young age, he was interested in cars and wanted to experiment with wheels & car parts. So it was clear to him what he wanted to do when he grows up.

Dave Kindig is professionally a businessman, entrepreneur, designer and reality Television star who owns the company Kindig-it Design which works to redesign old and new vehicles. The company which was first launched in 1999 is known for its customization of cars so it is also called custom car restoration shop.

Some of his employees are Valerie Gillies who is also a promoter, Will Lockwood, Carlos Delgado, and Kelvin Schiele. He first worked for eight years in the High-Performance Coatings where he got to travel around America and met car designers, builders & enthusiasts. The experience he gathered from his travels made him well versed in the art of designs and techniques. 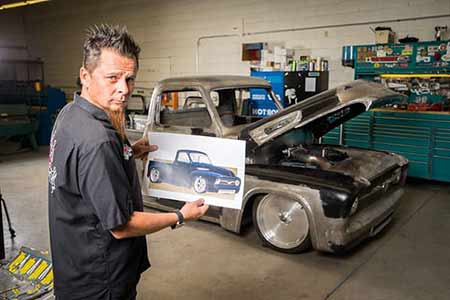 His designs are praiseworthy for which he has won the 2013 Ford Design Award and 2012 Master Builder Award, GM Design Award in 2007. Later in 2014, he was cast in the Television show, Bitchin' Rides which helped him gain the limelight he has today. In the show, Dave along with his crew members repair vehicles and turns it into perfection.

He is joined by fellow teammates Manuel Bellazetin, Nick Panos, Bryce Green and so on. The following year they all appeared in the spin-off of the show titled, Beyond Bitchin'

Dave Kindig is a businessman who is estimated to have a net worth of $2 million according to various sources but it is not official as of yet. His main source of earning is from his company and from the paycheck he receives from his appearance in the reality series.

Dave Kindig is a married man who tied the knot to his longtime girlfriend named Charity Kindig. She is the vice president. They first met in the dance club in State Street where they were spending their evenings. The couple has been married for more than 25 years. 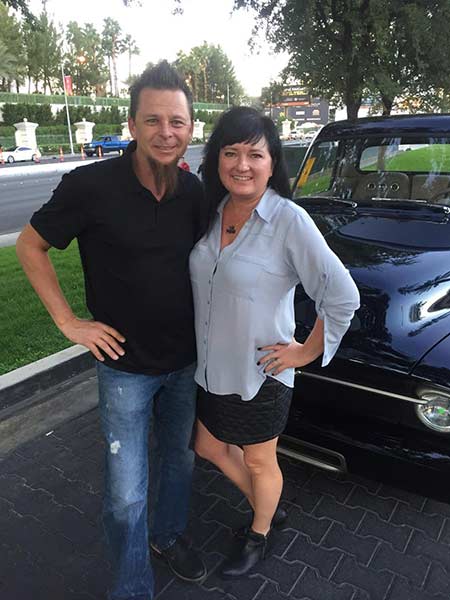 The couple has two children Baylee Kindig and Drew Kindig who also help their parents with the company.

Here is a video of Dave Kindig's interview at the BC Classic and Custom Car Show!

Dave Kindig is a married man who tied the knot to his longtime girlfriend named Charity Kindig.

Dave Kindig and Charity Kindig have a daughter together named Baylee Kindig. They have a son as well.

Dave Kindig and Charity Kindig gave birth to their son Drew Kindig. He has a sister named Baylee.