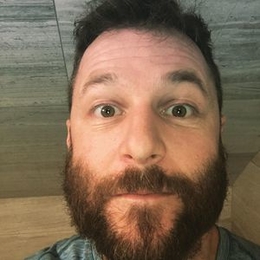 Prominent Canadian animal trainer Dave Salmoni enjoys married life with his beautiful wife of over five years, Debra Salmoni who is an interior designer by profession. 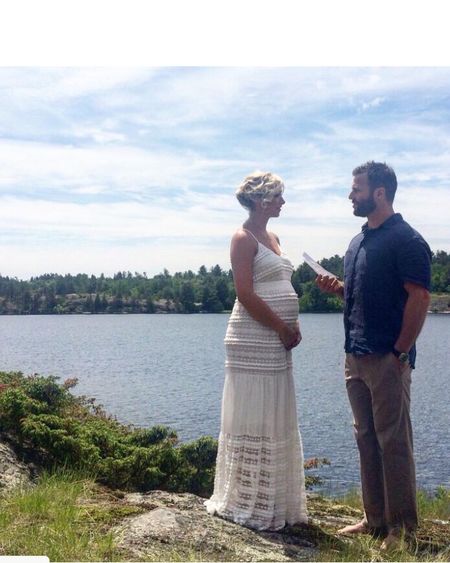 Animal trainer Dave Salmoni on his wedding day with his wife Debra Salmoni in 2015. SOURCE: Instagram

Salmoni talked about his engagement in January 2015 during his appearance on Jimmy Kimmel Show. And, by September, Dave and Debra were already married with a son who they welcomed in August.

Well, Dave and Debra wed in an intimate wedding ceremony in June 2015. And, celebrating the five years wedding anniversary of the two, Dave shared a sweet message for his wife on Instagram where he wrote, "This weekend was 5 years of marriage!! @debra_salmoni_ you are my love, my life, my friend ... you are my everything. 5 down... 45 to go." 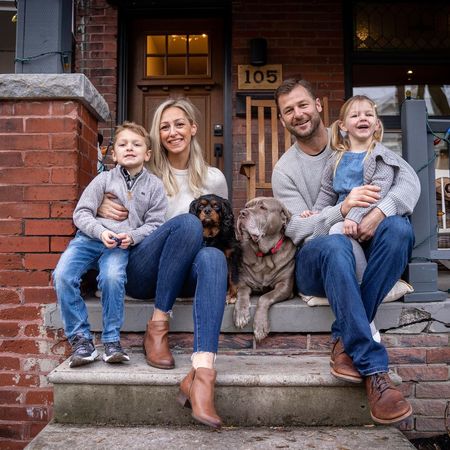 A family picture of Dave Salmoni with his wife and two children. SOURCE: Instagram

In addition to Dave's family, he is the father of two young children including the couple's first child, a son named Tom aka Thomas Salmoni, and their younger one, a daughter named Elizabeth Salmoni. Dave and his wife both often share glimpses of their family and adorable children on social media.

Before meeting the love of his life aka Debra Salmoni, the animal trainer was in relationships with several other women. Before Debra, Dave Salmoni was known to be dating comedian Chelsea Handler in early 2010 or late 2009. 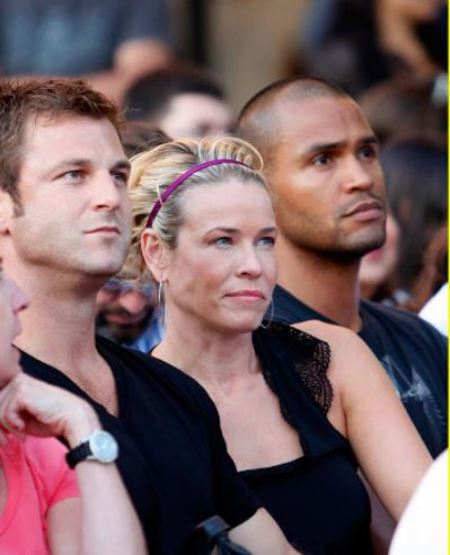 Their romance also didn't last for more than a year as Salmoni and the Cashmere Mafia actress parted ways before the end of 2009.

Dave Salmoni, a professional animal trainer has worked as a producer, creator, host, and businessman. Salmoni who worked at Bowmanville Zoological Park for his apprenticeship contributed to many reality TV shows.

Salmoni worked at After the Attack, Pet Nation Renovation, The Trapper and the Amazon, Living with Tigers, Into the Lion Den, Sharks: Are They Hunting Us?, Maverick Nature, and Into the Pride among others.

The founder of Triosphere based in South Africa can be estimated to hold a net worth of more than $2 million. He is based in both Canada and the United States.

Debra Salmoni, the wife of animal trainer Dave Salmoni is an interior designer and TV host.

Thomas Salmoni is the first child and the son of Dave Salmoni and Debra Salmoni who was born in 2015 while his mom was pregnant with him.