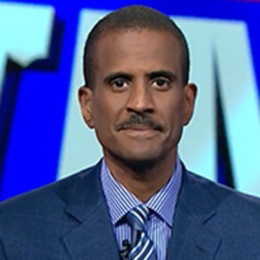 American reporter, David Aldridge has worked for the Turner TV networks like-TNT (Turner Network Television), TBS (Turner Broadcasting System) and TBD.com. He has also worked as a reporter for ESPN and NBA TV. Aldridge is a married man and has step-children from his wife’s previous marriage.

David Aldridge was born on 10th February 1965 in Washington, D.C. under the birth sign Aquarius. He is American as per his nationality and as far as his ethnicity is concerned, he is African- American. He attended DeMatha Catholic High School and later graduated from American University.

During the early age, Aldridge worked in The Washington Post as a writer for almost nine years. He also worked as a beat writer covering the Washington Bullets, George University basketball and the Washington Redskins.

David Aldridge covered events like National College Basketball Football, the Super Bowl, 1992 Summer Olympics in Barcelona, and the U.S. Open tennis championships. He covered other events such as the Super Bowl, the Stanley Cup playoffs, the World Series, the Indianapolis 500.

Aldridge joined ESPN as a reporter in 1996. He worked as a writer for ESPN.com and also contributed to ESPN radio. He also appeared on NBA 2 Night (now NBA Fastbreak), NBA Today and SportsCenter.

Aldridge conducted interviews for the SportsCenter "Sunday Conversations." She interviewed famous players including Alen Iverson, LeBron James, Karl Malone and Shaquille O’Neal. He worked for ABC and ESPN as an NBA sideline reporter in 2003 and 2004.

Aldridge joined TNT in 2004. He worked for ESPN for almost eight years.

From 2004 to 2008, Aldridge worked as a columnist and a reporter for a morning daily newspaper, The Philadelphia Inquirer. He covered various events like National Basketball Association and National Football League at the time.

In 2005, Aldridge along with the Inquirer team received a second-place award for the series, The Future of Pro Sports from the Society of Professional Journalists, Greater Philadelphia Chapter. He was part of the team at the time.

Aldridge works Inside the NBA as the ‘’Insider’’ for TNT. He does sideline reporting during the regular seasons of the NBA Playoffs and All-Star Weekend. During the time, he co-hosts a weekly show, The Beat on NBA TV and also in NBA on TNT features as a commentator.

In 2007, he appeared on the Washington Post Radio on The Tony Kornheiser Show. Later, he worked as a co-host for WWWT, a commercial FM radio station in Washington D.C. As of now, he co-hosts the show called, WTEM, a sports radio station.

David Aldridge is a married man. He has not revealed the name of his wife. He has step-children from his wife’s previous marriage. He takes a good care of those children.

His married life was made public only after his tweets:

‘’Married With Stepchildren… Who Continually Remind Me I’m Not Really Their Dad #MakeAFunnyVShowSerious.’’

‘’Happy Mother’s Day to my wife, my sister, and all the other great women who raise our children and stabilize our lives.’’

Aldridge was once rumored to be a divorcee. However, he has never disclosed regarding his separation with his wife. Ever since 2015 he has not shared any tweets regarding his relationship.

David Aldridge gets paid a considerable amount of salary from his work, which has boosted his net worth.

As per the online sources, an ESPN reporter earns $85k annually. Aldridge was also a reporter for ESPN and earns the same amount from his work.