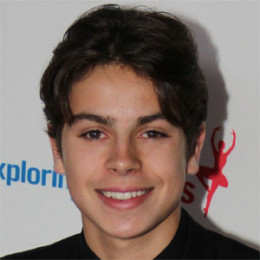 Five times Young Artist Award nominee and Hollywood Teen TV Award winner Jake Austin Szymanski is professionally known as Jake T. Austin. He is an American actor who started his career as a child actor at the age of seven.

He is also best known for his role as Max Russo in the series Wizards of Waverly Place, which broadcasted on the Disney Channel. He started dating Danielle Caesar in 2011 after their encounter on the social media site, Twitter.

Jake Austin born Jake Austin Szymanski, to Joe Szymanski and Ginny Rodriquez Toranzo is the eldest son of two children. He was born on December 3, 1994, in New York City, New York, U.S. His mother is a beautician and father used to own a company. 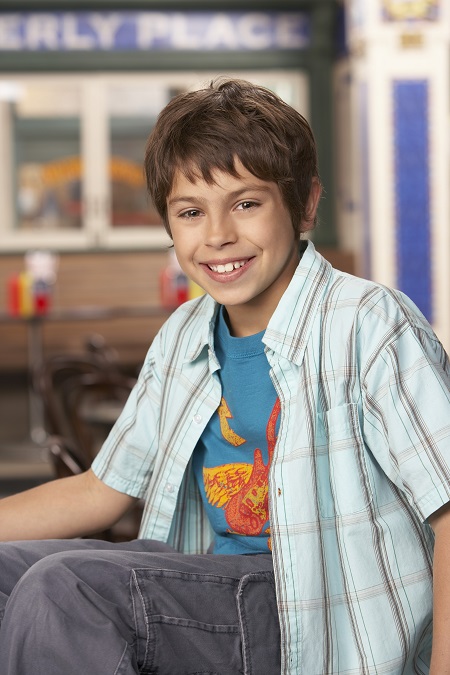 His mother belongs to Puerto Rican, Argentine, and Spanish descent and his father is of Polish, Irish and English ancestry.

He grew up in New York and studied at the Felix Festa Achievement Middle School. From his childhood, he was very active and he used to take participate in different events.

Jake Austin started his career as a child actor when he was seven years old. He played the role of Max Russo in the series Wizards of Waverly Place, which broadcast on the Disney Channel.

He debuted his major role as the voice of Diego, the cousin of Dora on the Nickelodeon animated series Dora the Explorer. Also, he continued to voice as Diego on the spin-off series Go Diego, Go! for three seasons.

Alongside voicing as Diego, he was cast in the multiple voice roles for feature films Everyone’s Hero and The Ant Bully. He was also cast in Comedy Central special Merry F#%$in’s Christmas.

Likewise, he gave his voice in many series such as Fernando in the 20th-century fox animated musical film Rio. He provided the voice for Jamie Reyes/ Blue Beetle in the DC Comics animated direct-to-video film Justice League vs. Teen Titans and many more.

He got the first role in the film The Perfect Game which released in 2006. The film was based on a true love story about the first non-U.S. team to win the 1957 Little League World Series. 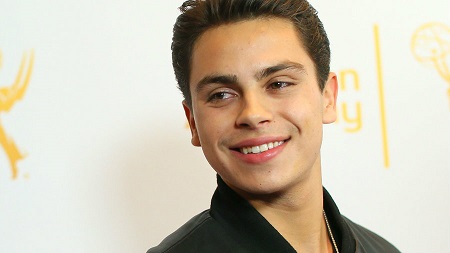 He has performed in several film and Television series. Some of the films are The Ant Bully The Valley, Rio 2, Khumba, The Emoji Movie, Rio and many more. His television series credits include Justice League Action, Drop Dead Diva, Happy Monster Band, The Fosters, Dora the Explorer and many more.

He was revealed as one of the contestants competing in season 23 of Dancing with the Stars. His partner was the professional dancer Jenna Johnson. In 2016, they were announced as the first couple to be eliminated from the competition. Austin currently stars as Jesus Foster on the family drama series The Fosters.

An American actor Jake Austin has estimated a net worth of $5million. He has a car collection of Range Rover which price starts from $37k.

He started earning money as a child actor when he signed a contract for taking a part in commercials in 2002 when he was just seven years old.

He has played in many films which have a significant collection at the box office. Some of the films are:

Jake Austin is currently dating the gorgeous lady Danielle Caesar. There are no any rumors regarding their breakup. He is charming and he stands at a height of 5ft 8inch. He speaks Fluent English and some Spanish. He has two dogs Bogey and Beju. 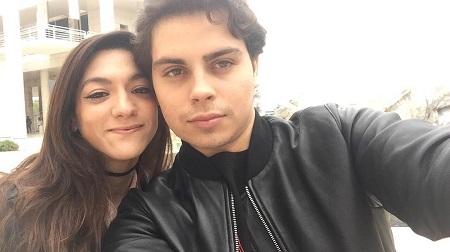 He is also active in social media. He has 3.51M followers on Twitter, 2.9M followers on Facebook and 2.2M million followers on Instagram. He usually posts the pictures with his partner.

The former Disney star Austin has been charged with one count of misdemeanor hit and run following a four-car crash last November in California, TMZ reports. According to the sources his car reportedly drove into three parked cars around 3 am causing major damage to the vehicles. He also faces up to six-month jail and $1K fine if he is convicted and a possible probation.