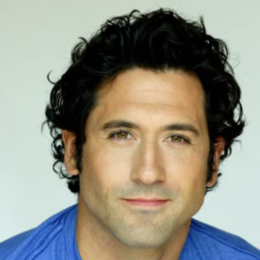 David O'Donnell is a familiar name in the Hollywood industry. He is an American actor, writer, and producer best known for his appearance in NYPD Blue. David's other notable work includes Christmas Under wraps.

Is David O'Donnell Married? Who's His Wife?

David O'Donnell has been happily married to his wife Jennifer Aspen for sixteen years. The lovebirds tied the knot in a lavish ceremony on September 5, 2006. Around 50-100 guests, including close friends and family, attended the wedding which took place in Los Angeles, California. 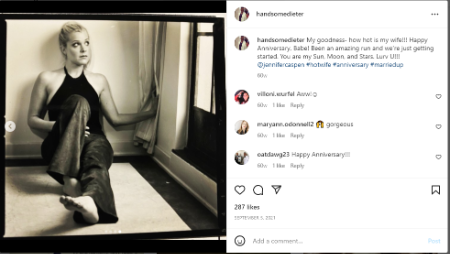 David O'Donnell was married to their wife Jennifer since 2006. SOURCE: Instagram

O'Donnell has worked with his wife Jennifer in the Hallmark channel movie "Home & Family" as a couple. That's not all, and the duo also produced a new Hallmark hall of fame movie, "Christmas Love Story."

David O'Connell has never been a father to a biological child. But, the Christmas Under Wraps actor adopted a baby girl Charlotte Sofia O'Donnell with his spouse in August 2012.

The adorable child was born on June 10, 2012, and the pair revealed the new addition to their family only after completing the adoption procedures. About their child, the couple said, "takes our breath away and charms everyone who meets her." 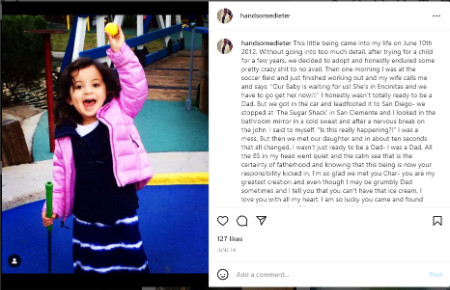 The duo allegedly adopted their foster daughter from San Diego, California, when she was four to five years old. The Hollywood star couple loves the baby girl more than anything else, but they rarely share any moment spent with her.

What Does David O'Donnell's Wife, Jennifer Aspen, Do For a living?

Jennifer Aspen is an actress, producer, and writer. She is a kind engaging personality with comedic sensibilities and multiple talents. Aspen then won a SAG honor for her recurring guest star on the Fox hit show "Glee."

The shared passion and understanding between the two might be the ideal reason behind their long-term relationship. As an actress, Jennifer Asper has around 100 credits under her belt. Since Jennifer became a mother, she has engaged in creating, producing, and directing her own projects. 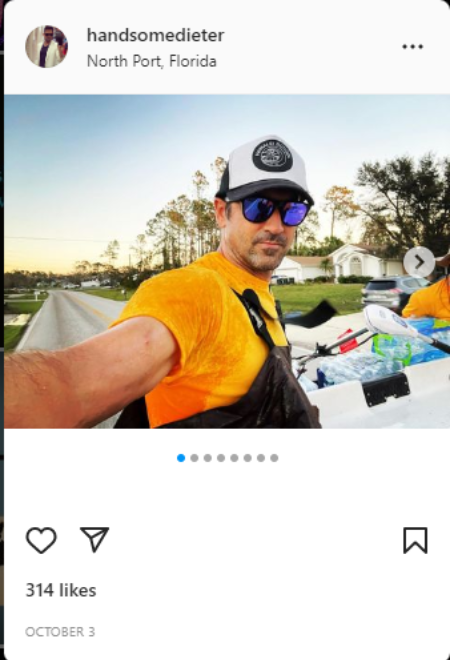 David O'Donnell owns a home in the U.S. SOURCE: Instagram

Aspen has appeared on many television series, from the classic fox hit series "Party of Five" as Daphne Jablonsky to the world-class comedy show "Rodney." She portrayed Sharon Peacham on the controversial ABC show "Good Christian Bitches".

Aspen is the executive producer for five movies for the Hallmark Channel. Three of the hallmark movies have already been sold and created by O'Donnell. Currently, Jennifer is focusing on her projects at Netflix, Disney, and Hallmark.

David O'Donnell has an estimated net worth of $3 million as of 2022. He bags a decent amount from a successful career as a tv producer, actor, and writer.

O'Donnell makes good payroll for producing and starring in Hallmark movies. Some of his highest-grossing projects include A Christmas Proposal.  Speaking of lifestyle, O'Donnell now shares a lavish Palm Springs home with his wife, Jennifer Aspen.

The North Reading, Massachusetts-born actor made his small screen debut in the 1996 series The Trigger Effect. Followed by the success of the first project, O'Donnell starred in 7th Heaven, The Vampire Diaries, NYPD Blue, and Air Force One.

O'Donnell has starred in over thirty movies and made guest appearances in 25 tv series. He has been a producer with CAPTIV3, Media-delivering commercials, and independent films.

David started his career as a producer in 2009. He produced notorious tv movies such as A Cozy Christmas Inn, Snapped, Proxy, Home for Christmas Day, Tomorrow, and Handsome Sportz Klub.

In 2011, O'Donnell wrote a script for the tv series Handsome Sportz Klub. In 2013, the actor starred in the independent film The Squeeze alongside Jeremy Sumpter and Chris McDonald.

David O'Donnell was born on November 20, 1974. He grew up in Christian background in Wellesley, Massachusetts. He is a grandson to the Kenny O'Donnell Harvard football captain and President Kenney's chief staff. Apart from acting, David had an interest in sports.

David learned acting at the famous Beverly Hills Playhouse. He pursued an acting career instead of obtaining a degree from University. He intensely worked with Milton Katselas in his Master Class for twelve years with John Glove, Giovanni Ribisi, and Doris Roberts.

David O'Donnell has not uploaded many pictures or videos on his Instagram account "handsomedieter" as other renowned celebrities do.

The actor and producer have amassed 3195 followers on Instagram. O'Donnell's Instagram bio suggests that he is fond of traveling and surfing.

Jennifer Aspen and David O'Donnell are happily married for fifteen years, The couple tied a knot in September 2006.