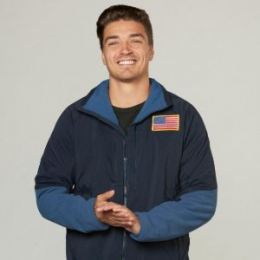 The Bachelor in Paradise star, Dean Unglert is an American TV star and social influencer. Unglert who again started dating his girlfriend after calling it quit in 2018 is now sharing a romantic relationship with his girlfriend. Well, in this article let's dive into the love life of the lovebirds and know more.

Dean Unglert Personal Life: Who Is He Dating?

Dean Unglert is currently dating his girlfriend, Caelynn Miller Keyes. Unglert started dating his girlfriend after hitting it off on the reality TV series, Bachelor in Paradise. The romantic couple's dating began after they met during on the Colton Underwood's season of The Bachelor. 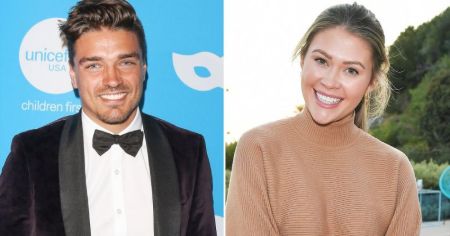 The couple is currently sharing a romantic relationship together. Although the couple is yet to open up about their new romance, they frequently give hints to the audience about their love life.

Unglert and Caelynn are also up for the new season of Bachelors in Paradise. Recently revealed trailer for the upcoming season of the series sees Deen and Caelynn in the cast.

Prior to his relationship with Caelynn, Unglert was involved with Lesley Murphy. The former couple starred on the Bachelors Winter Games in 2018 where they started their bond. Unglert and Murphy also embroiled in an infamous love triangle with Kristina Schulman, however, in the end, all of them got apart.

Dean Unglert Net Worth: How Much Does He Earn?

Dean Unglert possesses a net worth of $1 million. Unglert gathered his fortune from his career as a reality TV star and a social activist. He played in a number of reality TV series where he generated noble fortunes.

You May Like: How Much Is Luke Mullen Net Worth?

The reality TV star featured in The Bachelorette(2017), Bachelor in Paradise(2017), The Bachelor Winter Games(2018) and others. Although Unglert didn't earn great pays form the series, he gained great fame and earned marvelous riches from several other endorsements with the show and brands.

Life is a bridge. Pass over it but build no house upon it. . #kamakura #japan #experienceANA #partner @allnipponairways_official