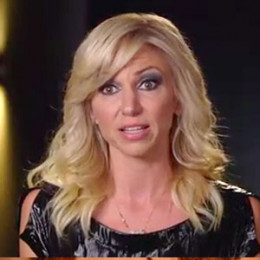 Debbie Gibson wrote her first song at age 6 and later went on to become a teen pop star in the late '80s with smashing hits like "Only in my Dreams," "Shake Your Love" and "Foolish Beat".

Deborah Ann Gibson was born on August 31 of the year 1970, in Brooklyn, New York, she was born to Joseph Gibson and Diane Gibson. She grew up in Merrick, New York. She is of American nationality and her ethnicity/race is white. She has three sisters Denise, Michele, and Karen Gibson.

Debbie Gibson began taking piano lessons from Morton Estrin at the age of 5 and she quickly proved herself to be a musical prodigy. She wrote her first song when she was only six years old, and in fifth grade, she composed an opera. She graduated from Calhoun High School with honors. 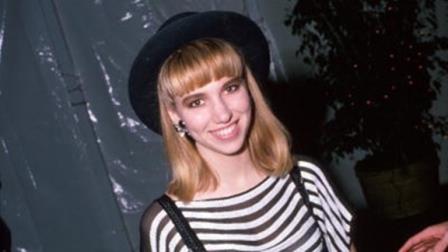 Debbie Gibson also started performing at a very young age, she began acting in the community theater productions from the young age of 5, and she also joined the children's chorus at New York City's famed Metropolitan Opera House at the age of 8.

Furthermore, she found time to enjoy the pleasures of childhood despite her busy schedule as a young songwriter and performer. Debbie Gibson had built a makeshift studio in her family's garage and she had begun to dedicating her free time to write and recording music.

Furthermore, when she won $1,000 in a songwriting contest as a 12-year-old Debbie's parents realized their daughter's musical talents might turn into a career. Astonishingly, the time she turned 15 in 1985, she had already recorded more than 100 of her own songs.

Debbie Gibson first debuted her album Out of the Blue with a single Only in My Dreams which got the fourth spot on the Billboard. She got three other singles to reach the Top 5 and in 1988 she even entered the Guinness Book of World Records for being the youngest person to have written a Billboard No. 1 song.

Thank you @lisilerch for these FAB #earrings ! Love all your #jewelry and wish you a happy holiday season ! #lisilerch #fashionfriday

Debbie Gibson made her theatre debut with Les Miserables on Broadway and Grease in West End in the year of 1992. She also appeared on-stage in Funny Girl, Beauty and the Beast, Gypsy, Joseph, and the Amazing Technicolor Dreamcoat and Chicago. Furthermore, she released Deborah in 1996 under a self-label with EMI Records. She released M.Y.O.B in the year 2001 after a five year of hiatus.

Debbie Gibson made a comeback in the media with a nude feature in the Playboy magazine which promoted her new single in the year 2005. As a matter of fact, she made her debut in film with the independent movie Coffee Date starring Jonathan Silverman and Wilson Cruz a year later. She also appeared as the cover girl for Lavender Magazine in the year 2008.

Debbie Gibson later made a return to the movie industry with Mega Shark Versus Giant Octopus in the year 2009 which also starred Lorenzo Lamas. She later starred in Mega Python vs. Gatoroid in the year 2011 and later appeared as a cameo actor in Rock of Ages in the year 2012.

Debbie Gibson has an estimated net worth of $5 million dollars, however, her annual salary to date is yet to be made public. She remains a pop icon of her generation, a legendary artist who enjoyed massive success when she was a teenager and moved onto movies, television, and theatre.

Debbie Gibson is one of the most renowned musicians to come out of the past two decades with several awards and songs of Billboard top 10 charts.

Debbie Gibson still got her youthful good looks and is quite fit for her age, which she credits to her boyfriend, a specialist in preventive medicine, Dr. Rutledge Taylor.

She has never been married but she has gotten engaged once to a former boyfriend Jonathan Kanteman, but they called it off before the wedding. She has been battling Lyme disease since early 2013.

And while Debbie Gibson is no longer a blonde-haired teenager hopping around to catchy dance hooks, she stays in touch with her youth in a more meaningful way.

She makes regular visits to Merrick the town where she spent her childhood. She is still in touch with her old friends and teachers.

Shhhh... it’s a surprise that I’m dropping by the #rachaelrayshow on #Halloween. And, only a true #DebHead would know that I’m repeating this #selfportraitdress ... It’s so modern/80’s it had to be done for the #80sprom theme! Check your local listings and tune in. #rachaelray

Debbie Gibson seems to be an active user of social media mostly on Instagram and Twitter and entertains more than 65k followers and 116k followers respectively.

Debbie Gibson stands in the height of 5 ft and 6 inches. She belongs to German, Russian and Italian ancestry. She is slim and very attractive even when she is 48 years old as of 2018.