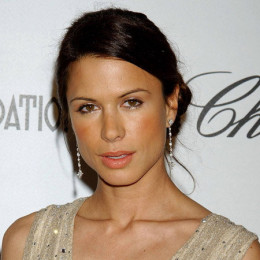 Debby Clarke Belichick is an ex-wife of an American football coach Bill Belichick. He is the head coach of the New England Patriots of the National Football League (NFL). Her ex-husband has worked as a head coach of the Cleveland Browns. Debby is an ex-daughter in the law of Jeannette (Munn) and Steve Belichick.

Debby Clarke Belichick was born in the United States, she holds an American nationality and belongs to the white ethnicity.

She is a successful businesswoman but mostly people recognized her as an ex-wife of Bill Belichick, an American football coach who is the head coach of the New England Patriots of the NFL.

Debby runs her own business house. She along with her female friends opened, The Art of Tile & Stone. The store is located in Wellesley that offers everything from design to installation of new stone.

However, her former husband is one of the renowned personality in the National Football League. Under his guidance NFL history has won three Super Bowl Championship in a four-year span.

Debby is a successful businesswoman and she might have earned a million dollars from her career but due to her secretive nature, she hasn't revealed the concrete figure.

Despite that, in 2007, Bill and his then-wife had purchased a $4.6 million lot in Nantucket and her former partner net worth is about $35 million.

Upon her separation with Bill, Debby along with her female friend opened a tile store titled The Art of Tile and Stone.

Clarke is possibly single at the moment but previously she was married to her high school sweetheart, Bill Belichick. The duo wedding was held in 1978 at an intimate ceremony.

The duo shares three children; Amanda, Stephen, and Brian. Her son, Stephan was a lacrosse player in college who played against Patriots’ wide receiver Chris Hogan.

After 28 years of marriage, the couple filed for divorce in 2006. However, according to The New York Post, the duo reportedly separated in 2004.

During the time of their togetherness, they ran a charity organization to raise money for the homeless and needy in Cleveland, OH, and Massachusetts.

Bill is in a romantic relationship with girlfriend, Linda Holliday after separating with Debby. The couple began dating after meeting each other back in 2007. The duo is often captured by media and they too post their moments on social sites.

His girlfriend Linda currently serves as the Executive director for the Bill Belichick Foundation.

Meanwhile, Debby has maintained a low key in her personal life.

She previously married to an American football coach who is the head coach of the New England Patriots of the National Football League (NFL).The couple married in 1977 and divorced in 2006.

Her daughter is a coach named Amanda Belichick.

Her second son is Brian Belichick.

Stephen Belichick is her third son.