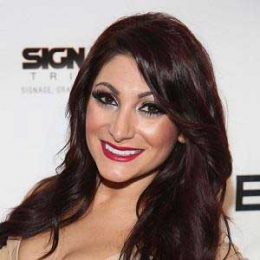 Deena Nicole Cortese is a married woman. She shares a healthy bonding with her husband. Let's know about her married life and children.

Deena Nicole Cortese tied the knot to her longtime boyfriend, Christopher Buckner on October 28, 2017, in New Egypt, New Jersey. The year before their wedding, the couple engaged on November 2016 in a family ceremony.

Happy Anniversary Baby! One year married in the books and I’d say we’ve had a pretty amazing and blessed year! I could not ask for a better husband and father to our son.. You are my best friend and I can’t wait to see what the future has in store for us .. thank you for being an amazing husband ..supporter and best friend ..in 9 weeks we welcome our little boy into the world and I just know our journey together is going to be filled with so much love ..I love you so much Christopher @cbuckner_ to 100 more years!!!! 10/28/17 #justacoupleofbucks

The pair first met on 2011 at Italian eatery San Marzano and soon started dating. Further, the couple is together since then without any sign of separation and divorce.

Deena announced her pregnancy back in 2018 and revealed she is expecting a son. Finally, on January 5, 2019, she and her husband welcome their first child, Christopher John "CJ" Buckner.

As of now, the family of three resides in Jackson Township, New Jersey.

As one of the popular reality star, Deena Nicole Cortese holds a decent sum of net worth from her career. So, how much does she earns?

Cortese has a net worth of $1 million. The primary source of her income is from her career as a TV star.

Nicole started her career with a reality show, Jersey Shore and as of now, she is featuring in its sequel, Jersey Shore: Family Vacation. Reportedly, the star cast made $40,000 to $150,000 per episode along with signing bonus and post-season specials. 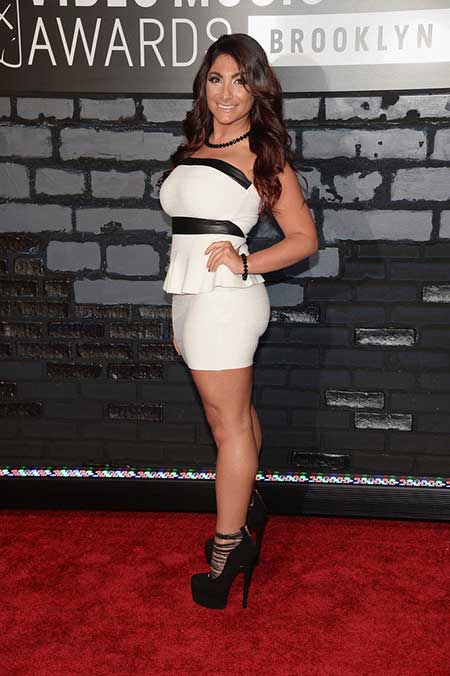 Stay tuned with marriedwiki for more celebrity Biographies and Gossips!!!

Deena married her boyfriend of 6 years Christopher Buckner at Laurita Winery in New Egypt in 2017.

Christopher John "CJ" Buckner is best known as the first child of the reality star, Deena Nicole Cortese and her husband.