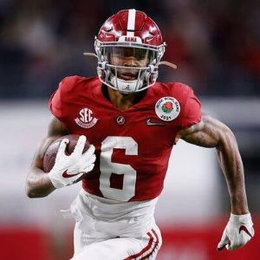 Devonta Smith is a young American football wide receiver who currently plays college football for the Alabama Crimson Tide of the University of Alabama. As a senior at the University of Alabama, he is also one of American football's promising stars. Only time will show how Smith will turn out to be but judging by how he is performing so far; it is apparent that he will be a star.

Devonta Smith began his college football in 2017 when he was a freshman. He got into the team and got the chance to play in the 2018 College Football Playoff National Championship. In the game against Georgia Bulldogs, he did the game-winning touchdown reception in overtime to give his team the victory score of 26-23.

In his senior year in 2020, Smith broke the all-time SEC career record for most receiving touchdowns. One cannot help but imagine him being one of the future stars of the NFL.

Because of his spectacular performance in 2020, Devonta Smith went on to receive the 2020 Heisman Trophy. It is some feat to achieve as the last wide receiver to bag in the ward since former NFL star Desmond Howard when he was in the University of Michigan.

The prestigious trophy was handed to the athlete during a virtual ceremony on Tuesday, January 5th, 2020. Needless to say, Smith was thrilled getting the award and called it a blessing and thanked his parents, coaches, and teammates in his speech. 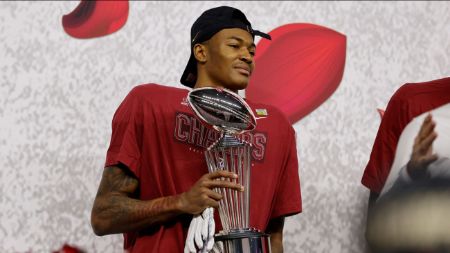 Heisman Trophy is not the only trophy Devonta received for his performance in 2020. He also won the AP Player of the Year award and, in getting it became the first wide receiver to win the honor since its inception in 1998. Furthermore, he got Walter Camp Award, Maxwell Award, Biletnikoff Award, Paul Hornung Award, and Unanimous All-American.

Devonta Smith is enjoying his life and doing what he loves most; playing football. He is continuously busy training to improve his abilities in the field.

As for his relationship status, he appears to be single. Going through his Instagram account, where he shares pictures and videos of his private life, he does not seem to have a girlfriend yet. He may well have someone special but prefers to keep his love life away from media and the public view. 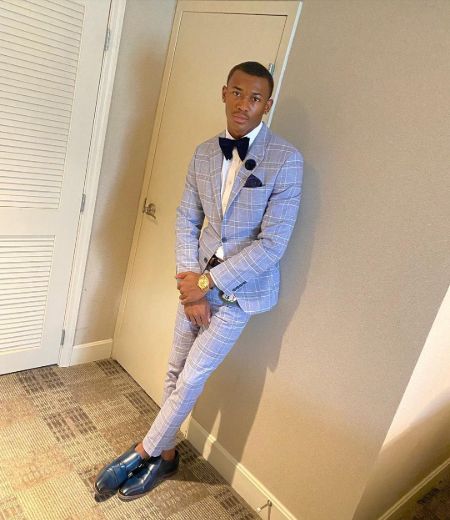 Usually occupied with his works, the 1.65 meters tall man likes to spend his time with his family, friends, and close ones.

Devonta Smith is in his senior year at Alabama, and you may know that playing for college does not earn you any money. For a 22-year-old, he is yet to kick off his professional career in football yet and therefore, for now, he has no net worth.

Soon, however, it may change! ESPN college football commentator and analyst Kirk Herbstreit recognized him to as a superstar and an NFL potential. With the 2021 NFL draft in the corner, you cannot help but think that the young man will make it in the big league. All the best to Devonta!

For more similar celebrity-related Biography and News, be sure to check out Married Wiki!!