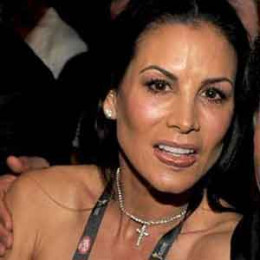 Diane Alexander is a former dancer and fashion designer but she came into limelight after dating American singer, songwriter, actor and record producer, Lionel Richie in 1986. The duo tied the knot on December 21, 1995, in an intimate ceremony. They share two children. However, the couple failed to handle their married life and called it quits in 2003 after seven years of marriage citing some irreconcilable differences.

Diane Alexander was born on June 16, 1967, in the USA. Her birth sign is Gemini which defines her personality as the affectionate, curious, gentle whose mind is constantly racing with thoughts and ideas.

Alexander is a former dancer and fashion designer best known for her work on Lionel Richie: Dancing on the Ceiling (1986) and Laker Girls (1990), Forget Paris (1995). But she rose to fame after dating Lionel Richie, a renowned singer, and actor in 1986.

Richie started his musical career in 1968 as a band member of the funk and soul band the Commodores. The popular singles of the bands are "Machine Gun" and "Brick House." In 1982, he started his solo musical career and his debut album Lionel Richie, contained three hit singles, "Truly", "You Are" and "My Love". He won four Grammy Awards.

As of now, Diane Alexander hasn't engaged in any profession, so her net worth is still under review. However, she has one of the most expensive divorces in Hollywood, in her alimony petition, she reportedly claimed $15k monthly clothing allowance and plastic surgery budget of $20k per year along with $300k per month.

Diane Alexander is possibly single at the moment but previously, she married Grammy-winning singer and actor, Lionel Richie. The duo tied the knot on December 21, 1995, in an intimate ceremony.

The duo first met at 1984 Olympics where Richie performed All Night Long at the closing ceremonies. They started dating in 1986 while Richie was still married to his first wife, Brenda Harvey (m. 1975-1993). 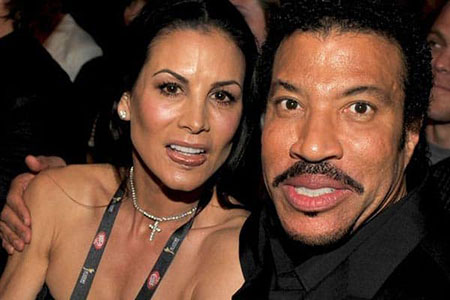 Later, in 1988, Harvey found Diane and Lionel together at Beverly Hills hotel room by saying she came for "room service." The same year of June, Harvey again found both of them in Alexander's Beverly Hills apartment and she ended up beating both of them. Brenda was arrested and charged with corporal injury to her spouse, trespassing, vandalism.

Lionel Richie divorced his first wife on December 21, 1995, after 18 years of marriage with whom he adopted a daughter, Nicole Richie. Alexander has two children with Richie, a son, Miles Brockman (born on May 27, 1994) and a daughter, Sofia Richie (born on August 24, 1998).

In 2003, the duo ended their marriage citing some irreconcilable differences. The couple has one of the most expensive divorces in Hollywood.

Miles Brockman is best known as the daughter of Lionel Richie and Diane Alexander. He was born in 1994.

Sofia Richie is an American model. She has been featured in campaigns of Tommy Hilfiger, Michael Kors, and Chanel.