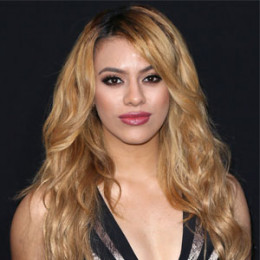 Singer-songwriter, Dinah Jane is one-fourth of the girl group, called Fifth Harmony. She made her debut as a member of the group in 2013. Moreover, she is the youngest member of Fifth Harmony.

Dinah Jane Milika Ilaisaane Hansen Amasio was born on June 22, 1997. She is the eldest child among 8. She grew up along with 23 people in a 4 bedroom house.

Talking about her ancestry, she is of Polynesian, Samoan, Fijian, and Danish descent. She went to Orange County School of the Arts where she graduated from in 2015. From an early age, she was very much interested in singing and used to sing in various events.

Her first live performance was when she sang the national anthem at the age of 7. Her, mother sang in a reggae band and brothers sang in church. In the year 2011, she released her first song "Dancing Like A White Girl."

But she along with Ally Brooke, Normani, Lauren Jauregui, and Camila Cabello, were brought back. The girls eventually created the group named Fifth Harmony. The group was placed third in the competition as they made it all the way to the final but lost.

Together with Fifth Harmony, she launched her first EP titled, Better Together in the year 2013. Their first album came in the year 2015 titled Reflection. The first two singles released two songs, Worth It and Work From home which was an instant hit.

In September 2015, Dinah dated Jarryd Hayne, a football player. Previously, she was in a relationship with Nela Otukolo, a linebacker. The couple broke up in April 2015 after Otukolo allegedly cheated on her.

There is a rumor that she dated Jarryd Hayne, San Francisco 49ers' player after photos of the duo surfaced online. The couple is yet to confirm anything regarding their relationship. As for now, she is single.

Dinah Jane is an American singer and the main source of her income is her career. During her time in the band Fifth Harmony, their albums were an instant hit and sold over thousand copies.

Their song, Worth It and Work have over 2 billion views so we're sure every single one of them recieved around $50k as royalties. As it stands, according to many sources, Dinah Jane has an estimated net worth of $3 million.