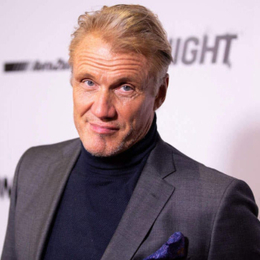 Dolph Lundgren is an expert Karate Guru who is also best known as a reputed Swedish Actor in movies like Aquaman and Come out Fighting.

The professional actor Dolph Lundgren is known for his creative filmmaking and skills in martial arts. Dolph is indeed a fulfilled person with his career. But, is the actor successful with his personal life too? Let’s find out below. 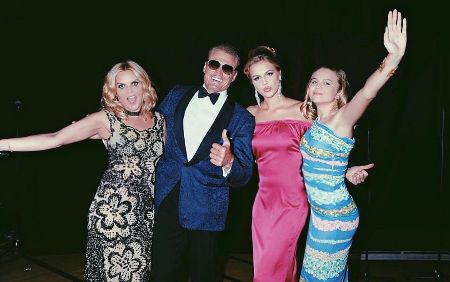 Previously, filmmaker Dolph Lundgren was a happily married man. On February 27, 1994, Dolph walked down the aisle with his long-term girlfriend turned wife, fashion designer Anette Qviberg. Their wedding took place in Marbella in front of families and some close friends.

When it comes to their family, Dolph and his spouse Anette became blessed with two daughters, Ida Sigrid Lundgren and Greta Eveline Lundgren. But, their life fell apart in the year 2009 when some of three masked criminals attacked their house. At the same time, the robbers had tied Dolph’s wife Anette and led their daughter Ida Sigrid to the direction of experiencing Post-Traumatic Stress Disorder (PTSD). 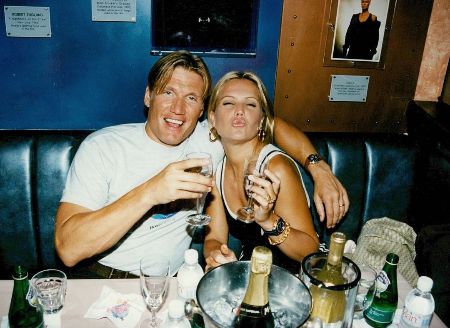 Glimpse of Sweden Actor Dolph Lundgren and his ex-wife Anette Qviberg happy moment when they were young. SOURCE: Instagram (@gretalundgren)

Unhappily, Dolph and his spouse Anette came to the end of their relationship right after the two decades of the incident. In the year 2011, according to the legal commits, the separation between Lundgren and Qviberg was confirmed. Even though the duo is divorced and moved on, the lovely pair of Dolph and Anette are in touch and occasionally meet up. 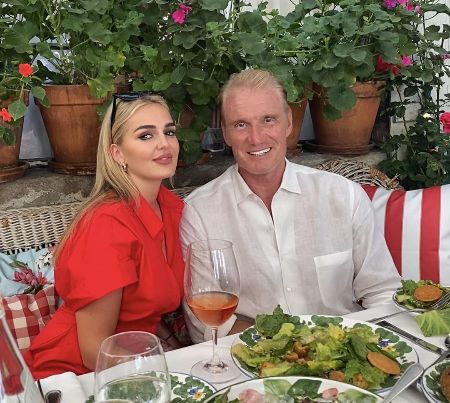 Furthermore, actor Dolph is now in a living relationship with a Norwegian personal instructor, Emma Krokdal. The couple has shared their engaged image on their Instagram account. Dolph and Emma keep tagging each other on their lovey-dovey posts. They still have not announced their official marriage date.

Limelight & Net Worth of Dolph Lundgren

A talented actor Dolph Lundgren first featured in the film, A View to a Kill (1985), in which his impressive display grasped the audience's attention. Likewise, Rocky IV, Show-Down in Little Tokyo, Aquaman, and many others are the top movies where Dolph has starred. At the same time, Dolph has also directed his featured like The Defenders, Missionary Man, The Russian Specialist, Diamond Dogs, and many more.

In addition, The United States Olympic Committee selected Lundgren to lead the 1996 US Olympic Pentathlon Team in the Atlanta Games. Likewise, his production business, aka Thor Pictures, works on several projects where he has produced many rising stars. Along with Dolph is a founder of the New York theatrical company named "Group of Eight." 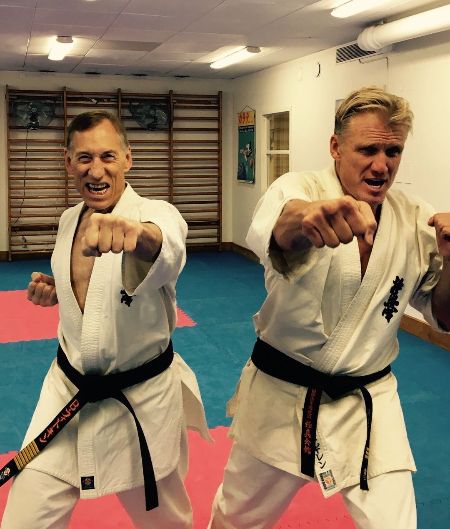 Dolph Lundgren gained most of his fortune through his acting career and as a martial artist. As of 2021, Dolph is believed to bag a net worth of over $20 million. Whereas talking about Dolph’s fomer spouse, Anette Qviberg‘s interior designing and his recent girlfriend Emma Krokdal’s private coaching limelight has also granted them enough income. As a result, Actor Dolph and his ladies have achieved a significant sum of money, which fits their family’s desires and demands.

Dolph Lundgren and Anette Qviberg were dating each other before their marriage for decades. Anette is an interior designer. She is mostly recognized as the former wife of Dolph.

Ida Sigrid Lundgren is an eldest daughter of Dolph Lundgren and his ex-wife Anette Qviberg. She has a Post-Traumatic Stress Disorder (PTSD) due to tragic situations faced during her childhood. Ida is also an actress and filmmaker.

Greta Eveline Lundgren is a youngest daughter of Dolph Lundgren and his ex-wife Anette Qviberg. She is also a youngest sibling of Actress Ida Sigrid Lundgren.