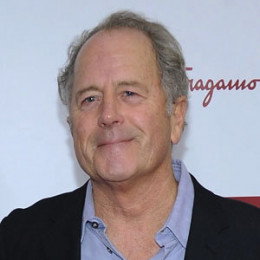 A sculptor by profession, the talented Don Gummer is best known for being the husband of Hollywood icon Meryl Streep.

Indeed, Don was big support that helped Streep on dealing with the death of the late actor. Both Don and Meryl attended Yale University but pursued different degrees. Besides, Don was a friend of Streep's brother William Streep III and had met her when she was kicked out of the apartment she shared with Cazale. 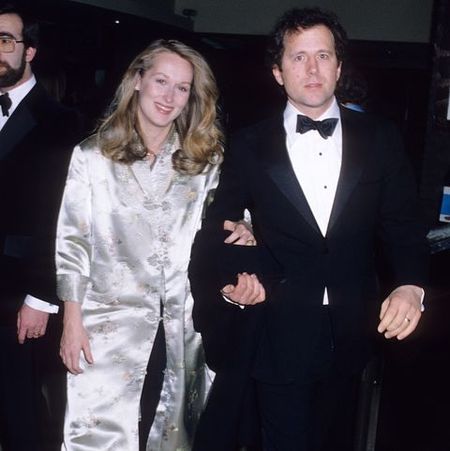 Gummer was the knight in shining armor for Streep, to say the least. Gummer married Streep at his in-law's home garden in a low-key wedding ceremony. Don and Meryl are proud parents to four children who followed in their footsteps.

Henry Wolfe was born on 13th November 1979. His third daughter is the IMG Models Louisa Gummer who was born on 12th June 1991. Don and his actress wife are also proud of their children's achievements. 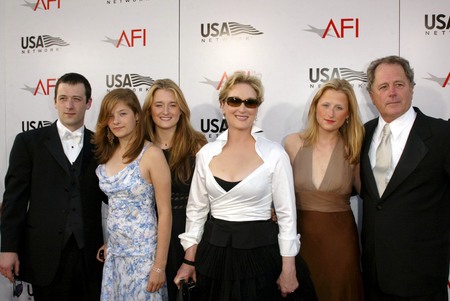 Don Gummer and his wife Meryl Streep with their children. SOURCE: Closer Weekly

Meanwhile, Don Gummer married twice. Before Streep, he first married Peggy Lucas but there is no information about her.

Is Don Gummer as Rich as his Wife Meryl Streep?

Unlike his wife Meryl Streep, a Hollywood veteran, Don Gummer is a sculptor by profession who is interested in public art. He began his career with a solo show and has worked for two dozen solo shows at museums as well as galleries around the East Coast and Midwest.

Furthermore, Gummer's work is mainly focused on aluminum, bronze, steel and glass. And, some of his famous works include Southern Circle, The Optimist, Primary Compass and Primary Separation which are all kept in museums.

Gummer is expected to have accumulated a net worth of no less than $150 million while his actress wife, Meryl Streep holds a net worth of $160 Million. Streep is best known for her roles in Mamma Mia!, The Devil Wears Prada, and Don't Look Up among others.

Don Gummer married to an actress and singer, Meryl Streep. The couple married in 1978.The couple has four children.

His daughter is an actress Mamie Gummer, she was born in 3rd August 1983.

His second daughter is an actress Grace Gummer, she was born on 9th May 1986.

His daughter is a model with IMG Models Louisa Gummer ,was born on 12th June 1991.