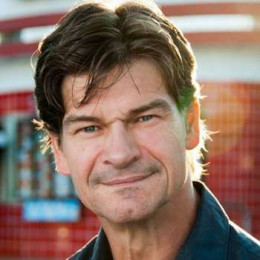 Donald Carl Swayze commonly known as "Don Swayze", is an actor who noted for his work on Heathens and Thieves, Shy People, Death Ring and Father for Charlie. He is also known for his portrayal on soap operas, The Young and the Restless and Days of Our Lives. He studied acting at The Beverly Hills Playhouse. He is the son of Jesse Wayne Swayze, an engineering drafter and Patsy Yvonne Helen, a choreographer, dance instructor.

Accounting his personal life, till now he has been married two times. He was married to his first wife for almost 8 years and together the couple has raised a beautiful daughter. His first wife is an American former model and actress. Since June 2014, he has been enjoying his second marriage. He does not have any child with his second wife. Besides, there is no record of him getting romantically involved with any other ladies except his wives.

She is the first wife of Swayze, who is a former model and actress. The two stayed as husband and wife for nearly 8 years and have raised a daughter together.

The gorgeous Charlene is the second and current wife of Swayze, whom he married in the year 2014.

She is the only child of Swayze, who was born safe and healthy on April 8th 1988.