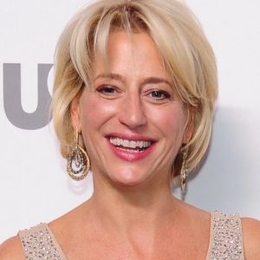 Dorinda Medley is a British socialite and reality television personality who added millions of dollars to her wealth appearing in Bravo TV reality series RHONY. Also, she broke headlines for her marriage and romantic relationships with three different men. Is she still single?

RHONY, the US reality series, has been bringing fans a lot of drama ever since it aired back in 2008. Real Housewives of New York focuses on a group of wealthy women residing in the Big Apple amid their ups and downs. 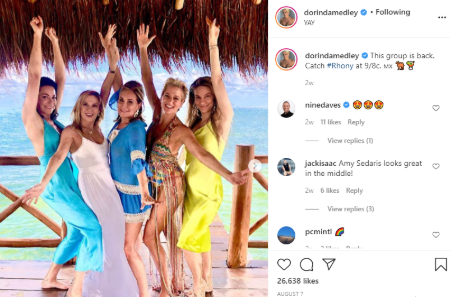 Medley was a guest star on the series back in season 4 before becoming a fully-fledged housewife and fan-favorite. sadly, Dorinda was fired from the Bravo series after six seasons.

According to Mail Online, Dorinda found out the axing just a few days after the demise of her friend Jon Giswold. A source nearby Medley said, Dorinda's firing was a great mistake and would be one the producers would "regret" later down the line.

Dorinda was the only housewife left who owns her own apartment in New York City as well as a second home in the country. The blonde beauty announced her exit from the show via Instagram, telling her 934,000 followers "What a journey this has been. I have laughed, cried, and tried to make it nice... All things must come to an end. This was a big outlet for me to heal when my late husband Richard passed away".

Dorinda Medley married twice in her life. But for now, she is currently single. Back in 2013, Dorinda was romantically linked to John Mahdessian. But they broke up after kindling romance for seven years. Medley announced she'd parted ways from Mahdessian during the May 14 episode of The Real Housewives of New York City. 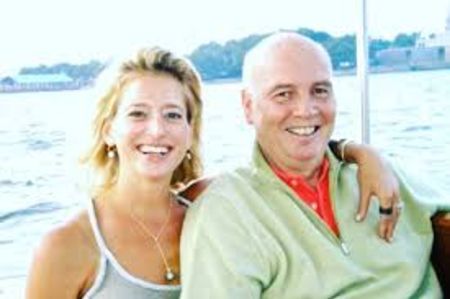 Dorinda Medley tied the knot with investment banker Ralph Lynch for 10 years. They welcomed a daughter Hannah Lynch in 1994, who is 22 years of age. She is an attendee of Columbia University.

Later on, she got married to a highly successful businessman, Richard in 2005. Medley and her late spouse lived together for six years until his death at age 60 in the year 2011. Richard Medley died of liver failure in 2011. The pair worked together fundraising for important causes with the high profile personalities Hillary Clinton, Desmond Tutu, Brad Pitt, and Angelina Jolie.

Dorinda Medley is known for being passionate about her philanthropic causes and down to earth about who she is. Medley generated her fortune as a socialite, businesswoman, and by appearing on RHONY. She made up to $250,000 per season from the hit show. Dorinda possesses a net worth of $20 million. She originally entered the show as a friend of a cast but immediately became a full-time cast member in season seven. 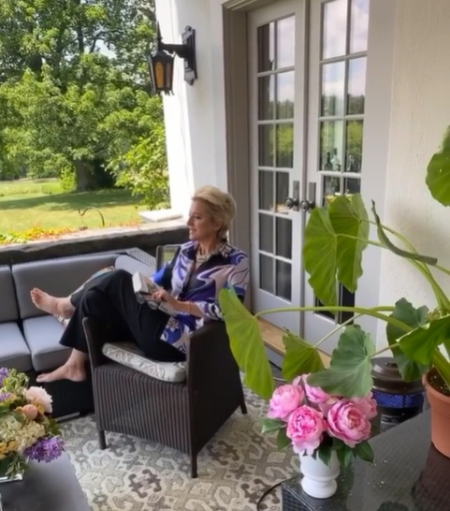 According to celebritynetworth, the Berkshire native began working right after college in the chic NYC showrooms of Liz Claiborne. Soon after that, she moved to London where Medley founded her own company DCL Cashmere. Some of her clients are Joan Collins and Princess Diana. After living together for a decade, they got divorced; Medley sold DCL Cashmere and returned to the Big Apple with daughter Hannah.

Dorinda Medley was born and raised in Berkshire and a working-class family. Her father was a telephone man. As a teenage girl, she had great ambitions of flying to New York City. Medley holds a British nationality and belongs to white ethnicity.

Dorinda Medley was married to now ex-husband Ralph Lynch in the 1990s. They lived together from the 1990s and divorced in the early 2000s citing unknown issues.

Dorinda Medley married Richard Medley, a hedge fund advisor in 2005. They remained husband wife for seven years until they called it quits in 2011.

Dorinda Medley gave birth to daughter Hannah Lynch with ex-husband Ralph Lynch in 1994. They started dating in the 1990s and broke up in the early 2000s citing unknown issues.