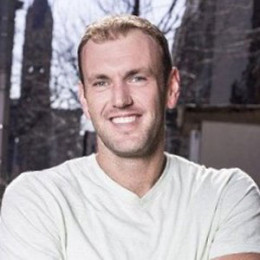 Doug Hehner is a husband of famous star Jamie Otis. He is a reality star, recognized as a participant of reality show Married at First Sight.

Hehner is a reality star who made his screen debut participating in the American version of Married at First Sight. Before that, he worked as a Solution Consultant at iCIMS.

He also served as an ordained minister performing wedding ceremonies. Furthermore, he was seen in spin-off series, Married at First Sight: The First Year as a host followed by several specials on FYI.

Doug married Jamie Otis, his fellow co-star from the Married at First Sight on March 23, 2014.  They met on the show, eventually falling in love with each other after being chosen to get married as per the show rules. They remained together until the end of the show. The husband and wife also featured in a spin-off series, Married at First Sight: The First Year.

They have a daughter named Henley Grace, born in 2017. Before giving birth to her first child Henley, Otis was pregnant with a baby boy named Johnathan Edward. After four months of her pregnancy, she lost her unborn baby due to some undisclosed reason. However, the couple seems fully committed to each other overcoming all the hurdles as husband and wife.

Hehner is a rising star in the television industry. Even though he is a newbie in the field, he got quite popular in a very short span. As a reality star, he garnered a good sum from his profession. His net worth is certainly not less than six figures.

Jamie Otis is the beautiful wife of Dough Hehner. The duo tied the knot on March 23, 2014.