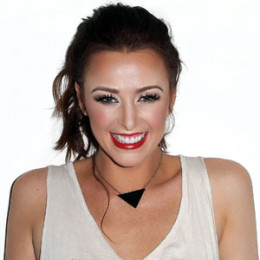 Jamie Nichole Hehner, better known as Jamie Otis, is an American reality TV personality. She came to limelight after she participated in the first season of Married at First Sight, where she met her husband, Doug Hehner. Also, she was a contestant on the American reality dating game show, The Bachelor. She along with her husband, Dough Hehner are blessed with a baby girl, Henley Grace, born in February 2017.

She was a freshman in college when she gained custody of her younger siblings, and she became certified foster parent. After graduation, she became the host of The Chef’s Connection. During the period, she also worked as a registered nurse in labor and delivery at Columbia Presbyterian in New York.

In 2012, Jamie began her career in the TV industry as a contestant on American reality dating game show, The Bachelor, competing for the love of Ben Flajnik in the sixteenth season. Unfortunately, she was eliminated.

Later, she appeared in the third season of Bachelor Pad, where she paired with David Mallet, and the couple was eliminated on the 4th episode of the show.

In 2014, she participated in the first season of Married at First Sight. The expert of the show unwilling to choose her due to her history of The Bachelor franchise, though she was good enough for the show. Luckily, she was chosen to marry Dough Hehner.

The following year, she hosted Married at First Sight: The First Year which is a spinoff that followed their life after the show. Later in 2016, she also hosted the franchise of Married at First Sight: Unfiltered, a side show that accompanied the third season of the matchmaking show. During the time, she did on-air hosting for the Chief’s Connection and Star Shop.

Moreover, she has made her acting credit in an episode of the 2014 television series Honestly Amelia where she portrayed the character of Ms. Williams. Also, in June 2016, she releases her first book, Wifey 101: Everything I Got Wrong About Finding Mr. Right.

Jamie is in a married relationship with Dough Hehner since 23rd March 2014. They first met on the first season of Married at First Sight in the same year. As per the rules of the show, the couple was chosen to get married, and after six months of the wedding, they decided to stay married and have been together ever since.

After living two years in a married relationship, the husband and wife announced that they were expecting their first child, unfortunately, a week later, she revealed that they lost their son, Jonathan Edward when Jamie was four months pregnant.

In February 2017, they announced, expecting their second children and on 22nd August 2017, they welcomed their daughter, Henley Grace. Jamie has even shared several photos of her daughter on social sites including Instagram.

After hosting different reality shows, she has not only received popularity but also has gained good sum of net worth as well. Though her net worth is not disclosed looking at her lavish lifestyle, she probably enjoys a net worth not less than six figures.

Doug Hehner is the first husband of Jamie Otis to whom she married on 23rd March 2014. The couple is blessed with a daughter, Henley Grace.

Born on 22nd August 2017, Henley Grace is one and only daughter of Jamie Otis and Doug Hehner.