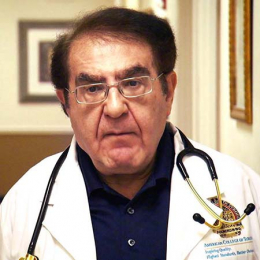 Dr. Now is an Iranian-American vascular and bariatric surgeon who is best known for his work in the reality series My 600-lb Life and Body Shock. He is also famous for helping morbidly obese patients to lose weight.

Dr. Now's Personal Life; Is he Dating Someone? Know about his Wife, Child

Dr. Now is possibly single as of now. The famous surgeon is out of any dating relationships and is believed not to be dating any girlfriend. Moreover, he is focused on his career and looks like he enjoys his single life. 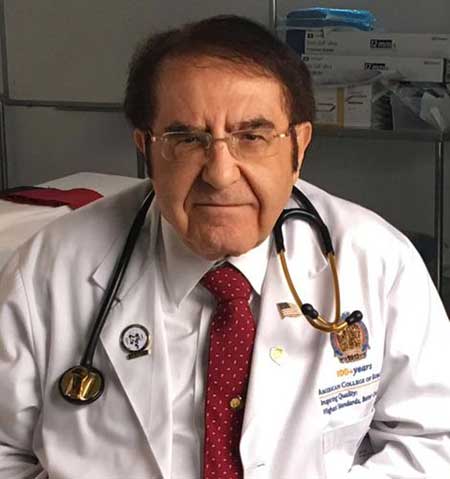 Dr. Now was previously married to his long-term girlfriend Delores Nowzaradan. The duo dated for several years and finally decided to share the wedding vows in 1975. In fact, the love birds stayed together for 27 years long marital relationship. 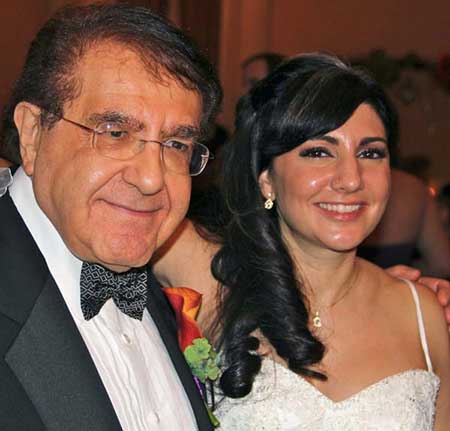 Besides, that much love between the duo, things started getting complicated and they faced many highs and lows in their relationship and at the end, they decided to part ways. Further, their divorce legally finalized in 2002.

The pair shared three children; a son Jonathan Nowzaradan born on 6th February 1978 and two daughters Jennifer Nowzaradan and Jessica Nowzaradan. Additionally, the surgeon is happily living with his kids.

In 2012, Nowzardan was sued for medical malpractice by a patient for allegedly leaving steel tubing inside the patient during the operation. Following that, the patient filed a joint lawsuit in 2015 and the Dr. Now faced the court. More to that, the case was dismissed the same year when Dr. Now's Huston Obesity Surgery and Best Care Clinic, Inc agreed to give $200,000 and $1 million to the patient.

The 74-year-old surgeon again faced controversy when one of his p[atient died while undergoing his treatment. The patient's wife filed a lawsuit against the doctor and the University General Hospital on 21 November 2010. She said,

"[Defendants] failed to advise[the plaintiffs] of the full extent and significance of his condition and the need for the immediate testing to rule out various diagnoses, or if those diagnoses proved correct, to implement immediate follow-up treatment."

Dr. Now denied all the allegations an asked the plaintiff to provide evidence. Moreover, the case was later closed as there was no proper evidence of the doctor's fault.

How much is a Net Worth of Dr. Now? Know about his Earnings, Salary

Our health is our greatest wealth and we must realize we do have a say in our life and what our fate is. Ones own determination can lead to making changes that can give you the momentum you need to live a healthy life. Sometimes the hardest part is realizing you have the power to make the changes you need to live the life you envision for yourself. At 7pm CST tonight, on TLC, you can watch moments from Maja's story. #obesity #surgeon #health #wellness #healthcare #risk #weightloss #food # #lastchancetolive #authorsnote #my600lblife #tlc #houston #weightlosssurgery #weightlossjourney #determination #majasstory #wednesdaywisdom #motivation Anne Aradan Photography

Nowzaradan is currently working with the Huston Obesity Surgery in Huston, Texas, and practices at several local hospitals. Besides, being a weight loss surgeon, he also performs laparoscopic appendectomies and cholecystectomies, techniques.

The bariatric surgeon is also an author of several scholarly publications on obesity and laparoscopy. Moreover, he published a book in 2015 named Last Chance to Live which has the paperback price of $46.99. Additionally, in the May 22 of 2019, he shared a post on Instagram mentioning that his new book 'essential solutions for the treatment of obesity' will be published within a few weeks.

As for the surgeon's media career, he appears in the reality television series on the TLC network named My 600-lb Life!. What's more, he performed in the 96 episodes of the series which is being premiered from the year 2012. The series is run by the surgeon's son Jonathan as a director and producer. Besides, he also appears on the episodes of the show Half-Ton Teen.

Take a look at the interview of Dr. Now talking about his series named My 600lb Life!

Dr. Now was previously married to his long-term girlfriend Delores Nowzaradan. The duo dated for several years and finally decided to share the wedding vows in 1975.

Dr. Now and his ex-spouse, Delores were a blessed parent of their three children and one of them is a son Jonathan Nowzaradan.

Dr. Now and his ex-spouse, Delores were a blessed parent of their three children and one of them is a daughter named Jennifer Nowzaradan.

Dr. Now and his ex-spouse, Delores were a blessed parent of their three children and one of them is a daughter named Jessica Nowzaradan.