Home Article Is Dr. Nowzaradan Seeing Anyone After End of His Longtime Married Relationship With Ex-Wife Delores Nowzaradan

Is Dr. Nowzaradan Seeing Anyone After End of His Longtime Married Relationship With Ex-Wife Delores Nowzaradan 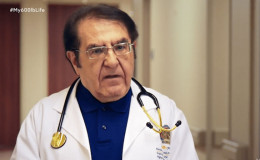 Younan Nowzaradan, aka Dr. Nowzaradan, is an Iranian-American surgeon specializing in vascular surgery and bariatric surgery. Dr. Now is also known for his overall surgical prowess with over 4 decades of experience. Though he has quite a name in the medical business, he was sued multiple times for medical malpractice in 2012.

DR. Nowzaradan Up To Now

DR. Nowzaradan Up To NowDr. Nowzaradan, a weightloss surgeon who is busy helping his patients burn calories made people alert of the novel Covid-19 Coronavirus. Younan alerts his fans to make an effort to comply with CDC social distancing.

Like many other surgeons, Nowzaradan said he will continue patient care through online telemedicine. Even counseled the people do not come into the office for an appointment on 22 March 2020.

The 74-year-old Iranian surgeon emphasizes on a diet plan for those who're juggling with a heavyweight. He is currently busy with weight loss patients.

For instance, "My 600-Lb. Life" subjects like Janine Mueller, Jeanne Convey, Roshanda Perriro, Clarence Perriro had struggled ever since their folks cut up through their initial season with Dr. Nowzaradan.

By 2017 when Where Are They Now? the episode aired, Teretha was back in bed and gaining weight. It was until Dr. Now prescribed her to join rehab and physical therapy facility which Teretha broke out of her funk.

Even though viewers didn't get to see her revised weight at the end of the episode, it was clear from the voluntary trips outside that Teretha's mentality had totally changed.

The Iranian Surgeon Dr. Nowzaradan is currently single since his divorce with his first wife. The 74 years old surgeon focused on his daily work rather than getting engaged with any other lady. 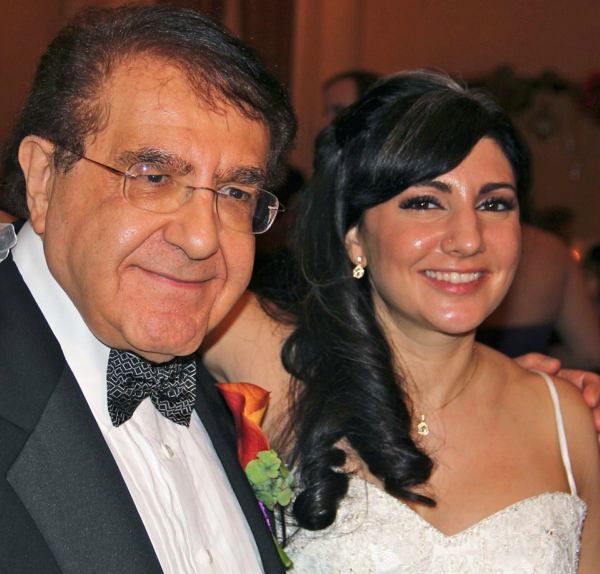 It's been a while since the Iranian surgeon parted his way with the love of his life. Even long before that, Dr. Nowzaradan walked down the aisle with his girlfriend turned wife Delores Nowzaradan in 1975. Reportedly, Delores worked as a secretary until she quit her job to nurture her children.

The lovely couple enjoyed a romantic relationship for twenty-five years. Nevertheless, their romance made everyone jealous at the beginning phase of married life. Even more, their love chemistry became stronger after the pair welcomed their first child Jonathan Nowzaradan on 6th February 1978. 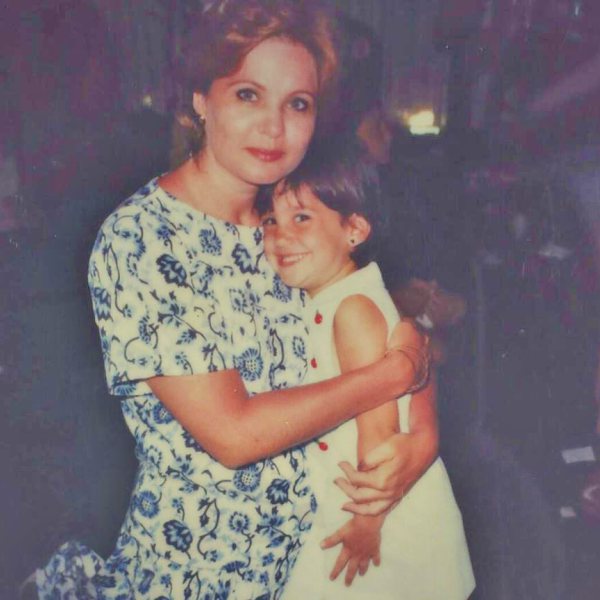 Also, the romance between this couple led to the birth of two more daughters; Jennifer Nowzaradan and Jessica Nowzaradan. As a matter of fact, all of their children are married and they are living a blissful life with their spouses.

Also, Read: Dr. Rachael Ross Is A Mother Of A Child; Who Is The Father Of The Baby? Find Out More Here

Unfortunately, the long relationship of the surgeon with his wife Delores didn't last long. After family disputes and misunderstandings, the duo parted ways after their legal divorce in 2002.

Yet, Dr. Nowzaradan lives happily remaining unmarried sharing happiness with his kids. Most importantly, the Iranian surgeon is busy working with his TV series My 600-lb Life.

Not to mention, Dr. Now is also done with filming another season of My 600-lb Life. The doctor announced the new episode of the reality show will be out soon in August 2021 on his Instagram page.

Speaking of the show, My 600-lb Life has been successfully running for six seasons since 2012 through controversies and everything the show has been through.

Unlike many other doctors, the 74 years old Iranian surgeon Dr. Younan Nowzaradan is busy with his schedule as a cast member of the TV series My 600-lb Life. His eldest son Jonathan pitched the idea into reality becoming the executive producer and director of the show. 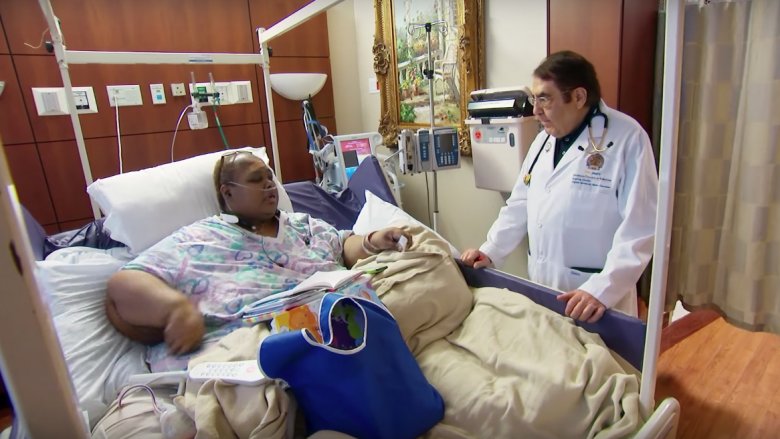 The reality TV show first aired on February 1st, 2012. Since then, it currently walks down on more than 70 episodes published, garnering millions of fans worldwide.

You May Like: Dr. Oz. Show host Mehmet Oz Married to his Wife Lisa Oz since 1985; They share Four Children

The reality television series on the TLC network follows the medical journeys of morbidly obese people in an attempt to save their lives. Each individual (weighing more than 600 pounds), confronts a lifelong emotional and physical struggles in the show. Also, they make a courageous decision to undergo high-risk gastric bypass surgery.

Be that as it may, the doctor star of My 600lb Life recently got sued for medical malpractice after allegedly leaving some steel tubing inside a patient during regular operation. Subsequently, the 74 years old surgeon faced the court after the patient filed a joint lawsuit in 2015.

After the uncertain case, the victim asked for $200,000 and $1million for the reconciliation of the damage that Dr. Nowzaradan caused. But, the case later settled down after Dr. Now - Houston Obesity Surgery and Best Care Clinic, Inc agreed on the terms to pay for the charge.

He was slapped with yet another lawsuit when one of his patients died during his treatment. The deceased patient's wife sued him and the University General Hospital on 21 November 2012. She claimed that the doctor treated her husband in September 2010 to March 2011.

"[Defendants] failed to advise [the plaintiffs] of the full extent and significance of his condition and the need for immediate testing to rule out various diagnoses, or if those diagnoses proved correct, to implement immediate follow-up treatment."

She continued that they were negligent in the treatment that caused the death of her husband. Dr. Nowzaadan, however, denied the allegations and asked the plaintiff to provide evidence to the allegations.

Among other victims, battling with extreme cases of obesity Dr. Nowzaradan is the very best out there than other bariatric surgeons.

Moreover, for the work he put on the obese individual struggling with the overweight problem, Dr. Younan Nowzaradan gained enormous applauds. Well, he surely will keep continuing this voyage in the future as long as he remains healthy! 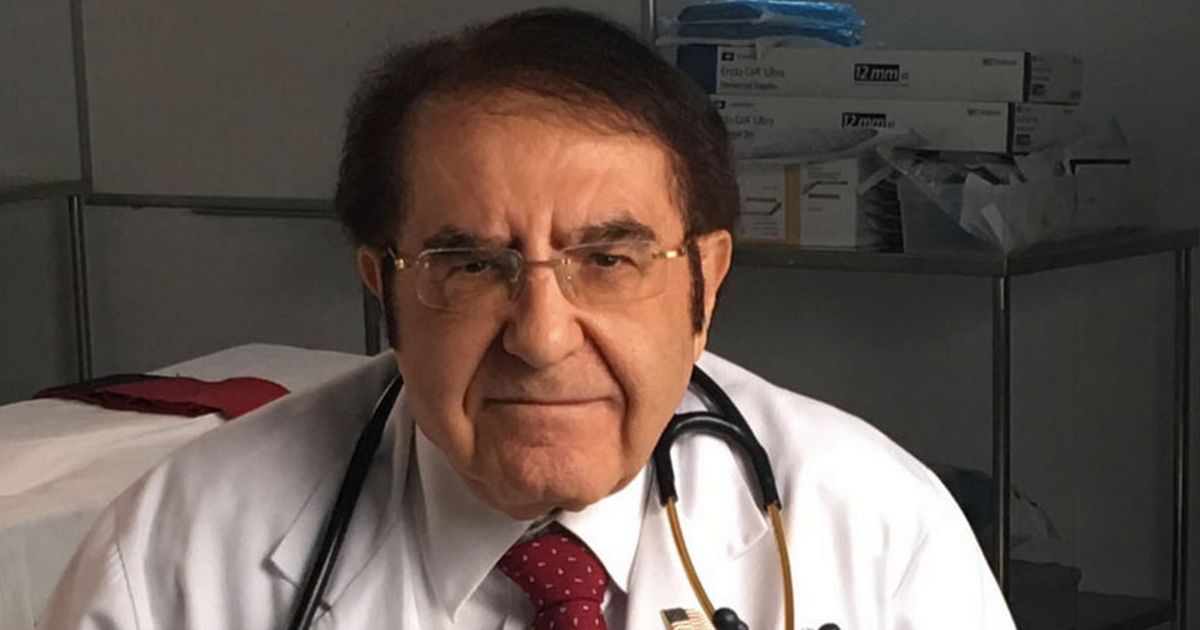