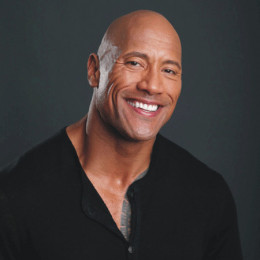 An American and Canadian actor, producer, author, TV personality, and professional wrestler who is world wide known as the wrestler The Rock, competing in the WWF and WWE from 1996 to 2004. He is son to Ata Johnson and Rocky Johnson. He was inspired to be wrestler from his father because his father is also a former professional wrestler. He attended Freedom High School from where he started playing football and became the remember of track and field and wrestling teams. He holds a degree of Bachelor of General Studies degree in criminology and physiology form Miami. He was trained by his father. After winning USWA World Tag Team Championship twice he was signed by WWF. During his wrestling career he won WWF/E Championship 8 times. Beside wrestling he is also widely popular actor who has already starred in popular movies like Hercules, San Andreas, Pain & Gain, Fast & Furious 6, Southland Tales, Tooth Fairy and Get Smart. For his acting he was awarded with CinemaCon Action Star of the Year in 2012.

Exploring his personal life he was married to his college sweet heart whom he met during his high school. Together they were very happy with each other. They even donated 2 millions dollar to the University's Newman Alumni Center to build the living room. After 10 years of their marriage they got amicable divorce. Currently they are best friends. They have one daughter from their relationship. Currently he is dating a model.

They used to study in same high school. They are still best friends after their divorce. Together they are parents of one daughter.

she is daughter from his first marriage. She is very beautiful and resembles more like her dad.