In agreement with all Hollywood female stars who stood up to dress black in solidarity in upcoming Golden Globes male actors too, have agreed upon wearing the shade to deliver protest against sexual harassment which is on hype.

Actors including Dwayne Johnson, Armie Hammer and many more will wear black at the 2018's Golden Globes in solidarity with the women and actresses who're strongly against the Hollywood's trending cases of sexual misconduct that have been unwrapped one by one. 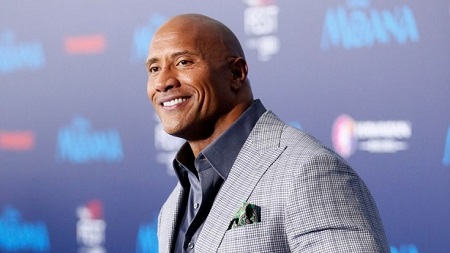 After Harvey Weinstein shocking sexual harassment scandal, more than 100 powerful men have been accused of sexual misconduct in 2017.

Considering this, Hollywood actresses created a small group planning to dress up completely black in the upcoming Golden Globes 2018, reported by Us Magazine.

Sources report that more than 30 actresses have come onboard to participate in this protest and now, male actors have also stepped forward in support to fight against sexual harassment and high profile actors including Tom Hiddleston, Armie Hammer, Dwayne Johnson will sport black tux on the Globes red carpet, confirmed by their stylist Ilaria Urbinanti. She also posted the news on her Instagram.

The Baywatch star, Dwayne also commented on the stylist's Instagram stating, "yes we will." Another celebrity stylist, Karla Welch, who is known for styling celebs such as Tracee Ellis Ross, Olivia Wilde, Elisabeth Moss, Sarah Paulson, hinted that her A-list clients may also don black with an emoji comment on Urbanati’s Instagram.

Get ready for some stylish black chic fashion trends in the coming Golden Globes.