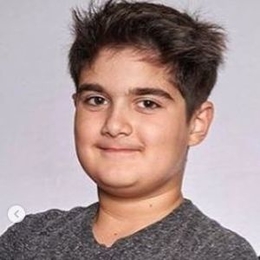 Eddy Angelil is prominent as the twin son born through in-vitro fertilization after Celine Dion suffered a miscarriage in 2009. Eddy's songwriter mom Celine Dion sold 200 million of her hit albums worldwide and won several accolades to her name.

Who is Eddy Angelil?

Eddy Angelil is one of the twin sons of the Canadian Pop sensation Celine Dion. When it comes to dating life, Eddy is still young & is not romantically linked with anyone. Therefore, it's assumed that the celebrity kid is single and doesnt have a girlfriend yet. 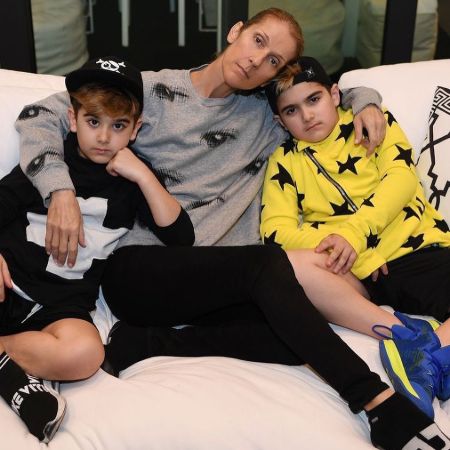 Talking about the parents of Eddy, his mother, Celine Dion, met her future husband Rene Angelil when she was still a teenager. Rene, the record producer, spent many years managing her before starting a romantic relationship.

In 1991 Celine eventually got engaged with her late husband. Eddy's parents shared the marital vows in 1994. The lavish wedding got held at Montreal's Notre Dame Basilica. Unfortunately, in January 2016, Eddy's father passed away of throat cancer.

Coming to Celine's motherhood, after announcing a break from the singing career, the songwriter focussed on starting her family in early 2000 but couldn't conceive due to infertility. Then Celine tried in-vitro fertilization and successfully conceived in May 2000 & welcomed her first child Rene-Charles Angelil. Likewise, at 42, Celine underwent another successful sixth cycle of in-vitro-fertilization & gave birth to twins Eddy Angelil and his twin brother Nelson Angelil.

Likewise, in a sweet Instagram post, Celine Dion celebrated her twin sons' 10th birthday. The My Heart Will Go On hitmaker shared a heartwarming message for her twin boys- "Nelson & Eddy, you have been bringing so much joy, love, and laughter in our lives every single day for the past 10 years. You make me, your big brother and your dad, who is surely watching over you, so very proud."

What's the Net Worth of Eddy Angelil?

Talking about the profession, Eddy Angelil is still under his mother's care and not involved in an income-generating activity. Being the child of one of the richest singers globally, Eddy and his siblings enjoy a lavish lifestyle. After all, the Canadian songwriter & entrepreneur has an estimated net worth of $800 million as of 2021.

Check out the video of Eddy Angelil & siblings with his mother, Celine Dion.

When it comes to real estate, in 2008, Celine and her late husband Renee purchased $7 million worth of luxurious mansion on Jupiter Island in South Florida. In 2017, Celine sold the property for $38.5 million. The family's primary residences are a $10 million mansion in Paris and an 8,000 square-foot mansion in Las Vegas.