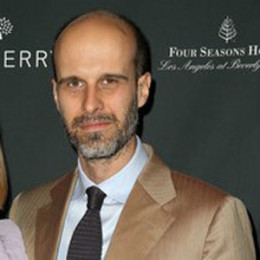 Edoardo Pinto is a famous Italian director, better known for the movie Human Voice and Away We Stay. He is the co-founder of TakeHowllywood.Com which is an online service. He is also a writer, producer, and actor. One of his successful movies was Between Strangers which earned him different awards and nominations including best first-time filmmaker award from Newport Beach Film Festival and award of merit from the Los Angeles Italian Film Festival.

Edoardo Pinto was born on 6th January 1973, in the city of Geneva, Switzerland. He is the son of actress Sophia Loren and producer Carlo Pinto, Sr. He grew up along with his sibling brother, Carlo Pinto.

He attended Aiglon College in Switzerland and completed his school education in 1990. He earned a degree in English Literature and Creative Writing from the University of South California in 1994.

Later, he obtained a master's degree in Film Directing & Production from University of South California School of Cinema and Television.

Edoardo began his career as a writer and director. His first written and directorial movie was Between Stranger in 2002. The movie starred Sophia Loren, Mira Sorvino, Deborah Kara Unger, Pete Postlethwaite, Julian Richings, Klaus Maria Brandauer, Malcolm McDowell and so on.

It premiered at the Venice and Toronto International Festivals and also won five Genie Awards nominations, the Canadian equivalent to the Academy Award. He won best film-time filmmaker award from the Newport Beach Film Festival and an award of merit from the Los Angeles Italian Film Festival.

He then wrote and directed a romantic comedy movie, Coming & Going and Away we Stay which premiered in London. It was followed by his appearance in Michel Comte’s directorial debut, a film adaption of Madam Butterly.

Apart from this, he has directed and wrote an opera with renowned Polish composer Zbigniew Preisner entitled Requiem for my Friend for which he received a platinum record award by Warner Bros.

Moreover, he has co-founded TakeHollywood.com, an online service for those who want to enter the world of show business from A-list actors, directors, producers, casting directors, managers, and agents.

Edoardo married actress Sasha Alexander on 11th August 2007. The wedding ceremony was held in the city of Geneva. The husband and wife are blessed with two children: Lucia Sofia Pinto and Leonardo Fortunato Pinto.

Besides that, he knows different languages and can fluently speak English, French and Italian. He works under the mentorship of filmmaker Michelangelo Antonioni.

Edoardo Ponti is married to Sasha Alexander since 2007. Shasha is better known for her role in Yes Man and He's Just Not That Into You. The husband and wife are still together and living a happy married life with their two children: Lucia Sofia Pinto and Leonardo Fortunato Pinto.

Born on 12th May 2006, Lucia Sofia Ponti is the elder daughter of Edoardo Ponti and Sasha Alexander.