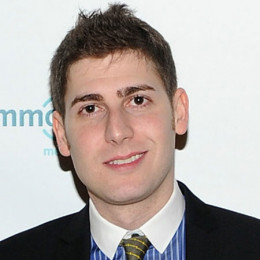 Brazilian-born entrepreneur, Eduardo Saverin is best known as one of the co-founders of Facebook. In 2019, Forbes ranked him as a 140th billionaire with an estimated net worth of $9.6 billion.

Eduardo Saverin is married to a Chinese Indonesian woman, Elaine Andriejanssen. The duo was dating for a year before getting engaged on March 27, 2014, and soon shared wedding vows on June 25, 2015, at French Riviera.

Elaine initially met her future-spouse-to-be while she was studying at Tufts University and he was at Harvard University. At that time, they were just friends but later he fell in love with the lovely lady.

Surprisingly, his wife is of Indonesian-Chinese descent and works in the finance industry. Saverin and his partner, Andriejanssen has been kindling romance for more than seven years but united as life partners (husband-wife) for six years.

On July 26, 2015, the billionaire co-founder of Facebook announced he walked down the aisle the previous month in a post on the social media website. On the very day, Severin took a photo of himself with his bride, Andriejanseen along with a message. The post reads, "I am incredibly happy and thankful to have married the love of my life" Also, he adds:

"I look forward to building a family together and contributing the time and resources to make the world a better place".

Previously, the billionaire was known for his playboy lifestyle. He was often spotted buying bottles of champagne at the most exclusive clubs of Singapore along with supermodels. At that time, the affluent businessman's social setting bill would rake up to $50,000.

How Much Is Eduardo Saverin's Net Worth?

Eduardo Saverin ranked #140th on the list of 2019 billionaire with an estimated net worth of $9.6 billion. Further, in 2012 he gathered over 53 million shares on Facebook of $2 billion.

The business tycoon, Eduardo shifted from the U.S to Singapore and avoided a total of $700 million capital gain taxes. Moreover, he was initially associated with Facebook with a 30% stake but after his conflict with Zuckerberg, he was dropped to get a 4% stake which made him lose over $30 billion+ earnings per year.

In 2010, Saverin, Mark Zuckerberg, and the original start-up Facebook team were immortalized in the 2010 film, The Social Network. He also struck a deal to write a book entitled, "The Accidental Billionaires: A Story of Sex, Money, Genius, and Betrayal" with Ben Mezrich about the founding of Facebook.

Eduardo is also active in charity investments as he co-founded Aporta which is an online portal for charity. Moreover, his fund closed deals over $140 million in Asia with having $30 million in regional organizational startup Ninja Van.

The famous business sensation, Eduardo holds an impressive career phase. The well-known artist earned an impressive sum of money in the following years.

Saverin first started to work on the social networking website with Mark Zuckerberg after meeting him at the Havard University. Both started working together to launch Facebook in 2004 with an investment of $2000 initially and $18,000 later.

In addition, he is obviously an active person on Facebook as he is the co-founder of the brand. Further, in the year 2012, he was pleased to get 53 million Facebook shares which were valued $2 billion at that time.

The social media sensation has also worked in various projects as well while studying for a bachelor's degree at Havard University. First, he gathered information about Brazil's tax insider trading regulations. Then, he invested in the oil industry with his strategies and earned $300,000. He also invested in the startup Qwiki and Jumio in his early career.

Moreover, he is also the co-founder of B Captial, a rapidly expanding venture capital firm.

Eduardo was initially one of the three people who worked and launched Facebook. He was held for the post of the chief financial officer and business manager. Back in 2003. Harvard University sophomore, Mark Zuckerberg asked his junior, Eduardo Savrin to deposit $15,000 in a bank account saying it would be accessible for both of them.

In addition to that, Mark promised Eduardo that the money would go toward servers who hosts a site that Mark wanted to develop. The site would be called "TheFacebook.com". Speaking of why Zuckerberg chose Saverin as his first business partner, Saverin as wealthy and insider trading is indeed illegal in Brazil.

Eduardo gave the vibes he knew something regarding business and he was the kind of a guy who wore suits to class at Harvard. He left the impression of Mark for being connected to the Brazilian mafia.

On May 15, 2012, he received a mail from Zuckerberg which stated that he was cut from Facebook and his stake was diluted. Furthermore, Facebook filed a lawsuit against Eduardo, blaming him for his stock-purchase agreements signed in October 2005 as it was invalid. 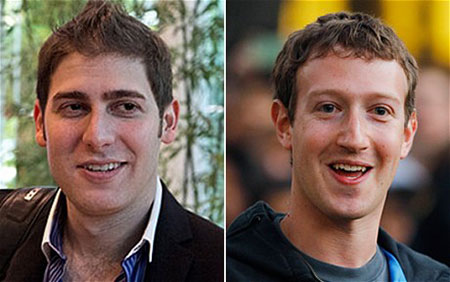 The original founders of Facebook, Eduardo Saverin, and Mark Zuckerberg. SOURCE: The Telegraph

Saverin on the other hand also filed a lawsuit against Facebook and Zuckerberg for using his money and Facebook's money in personal uses. Despite all this court-conflicts both of them settled the case outside of court.

And Eduardo was diluted to have 4% stock from 30% which means he downed to $3.4 billion from $30 billion+ yearly earnings.

Eduardo Saverin was born on 19 March 1982 in Sao Paulo in a wealthy Jewish-Brazilian family. He and his family later shifted to the RIO de Janeiro. His father, Roberto Saverin was a well-known business personality and his mother, Sandra Saverin, was a psychologist.

Saverin was raised along with his two siblings. His grandfather, Eugenio Saverin was born in Romania and was a founder of the children's clothing shops Tip Top.

Saverin and his family immigrated in 1993 to the U.S in Miami. After that Saverin joined Gulliver Preparatory School in Miami for his high school educations. Moreover, he graduated with a bachelor's degree in economics from Harvard University in 2006.

Check out the Fireside chat with Eduardo Saverin!

Eduardo Saverin is married to a Chinese Indonesian woman, Elaine Andriejanssen. The Duo shares a good bond and is in a marital relationship from more than 4 years. The duo started dating for a year and then they decided to take their relationship to the next step and soon shared wedding vows.