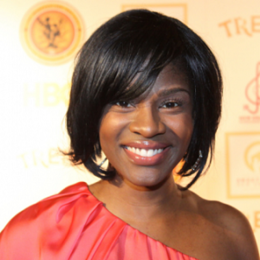 An Independent Spirit Award nominee Edwina Findley rose to the stardom after she played the role of Tosha Mitchell in the series The Wire. Her notable movie roles are in Insidious: Chapter 2, Free in Deed, etc. Currently, Findley portrays the character of Kelly in the series If Loving You Is Wrong.

Turned Her Love Life Into Marriage

Edwina Findley and Kelvin Dickerson are the perfect examples of true lovers. The two are in a matrimonial relationship since 2012. Findley met her future husband, Kelvin, for the first time at Christian Cultural Center in Brooklyn, New York, back in 2003. 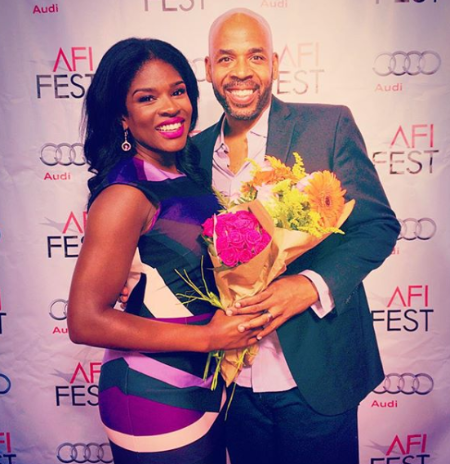 At that time, Kelvin was giving a ride home to one of her mutual friends after service. He even asked Findley if she wants a lift. After six months, the actress moved to another town because of her work. There, she frequently saw Kelvin in the bank, subway, grocery store, and so on. After seeing him frequently, Findley asked whether he lived around there or not. 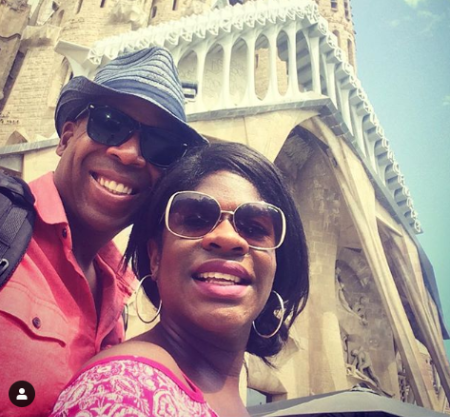 Actress Edwina Findley during a tour with her husband SOURCE: Instagram (@edwinafindley)

She got to know that Kelvin lived one block away and right around the corner from her new apartment. After three years, when she was rushing to church, Findley saw Dickerson and their soon-to-be best man talking in the foyer. She stopped there and thought that God stopped her and said: "That’s your husband!" Finally, a year later, the duo officially began dating.

On October 2011, her lover Kelvin took her in the middle of a snowstorm while they were celebrating Findley's birthday dinner on the Hudson. Kelvin then gave Edwina a rose and asked her for a dance. The lovebirds were only in the middle of the floor, and the band stopped playing music and said that Mr. Dickerson something to say. 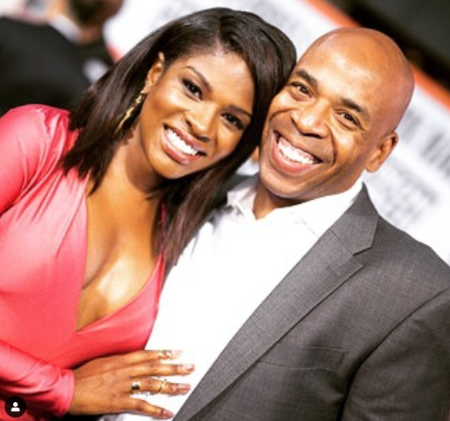 Until that time, Findley did not have any clue. Kelvin got to his one knee and proposed his lover to be his wife. With huge happiness and excitement, the uncharacteristically silent Findley accepted the proposal saying, “Yes, yes.”

Likewise, a year later, their engagement, on 17th November 2012, Edwina and her fiance tied the nuptial knot. They kissed and pronounced husband and wife in an intimate ceremony in front of their close friends, co-stars, and family. Their wedding was officiated by the Rev. Dr. A. R. Bernard at the Christian Cultural Center in Brooklyn. 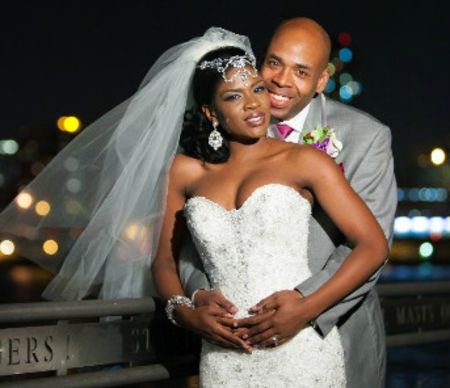 The bride wore a strapless mermaid gown. Her beauty was further enhanced by a jeweled headpiece radiating from beneath her veil. Besides, the bridegroom appeared on an ash grey suit and a white shirt with a tie.

From their blissful conjugal relationship, Fear the Walking Dead actress and her lovely husband are proud parents of two adorable kids, daughters. Findley announced her first pregnancy via Instagram on 24th August 2016 by showing off the baby bump. 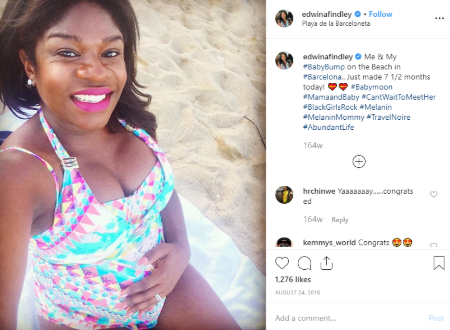 On the caption, she wrote "Me & My #BabyBump on the Beach in #Barcelona. Just made 7 1/2 months today!" In November 2016, the actress gave birth to their beautiful daughter Victoria Rose. Findley took her Instagram to announce the happy news by sharing an adorable picture. 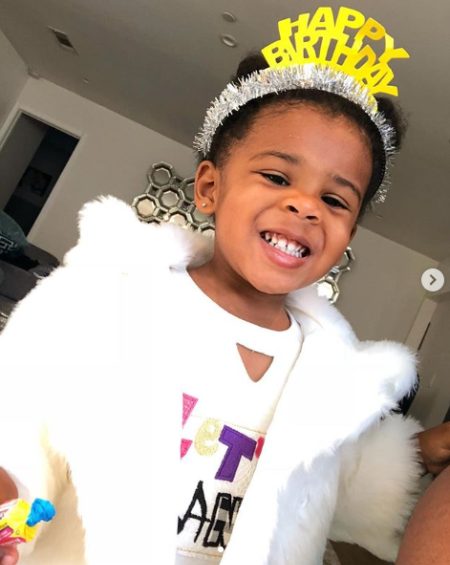 Likewise, Edwina gave the news of her second pregnancy via Instagram on 22nd February 2019. She shared a picture where we can see the baby bump, and she captioned it;

It's #OSCARS Season and there's SOOO much to CELEBRATE!⁣
Thank you @stello for dressing my new bundle of JOY & Queen Alfre Woodard for always celebrating us Oscars SISTAHS with class. 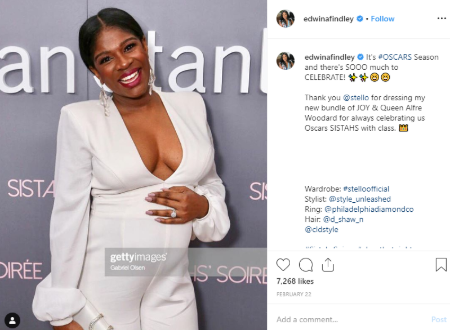 Finally, the wait is over! Brothers & Sisters cast gave birth to their little one in May 2019. She shared the news via Instagram, and she even thanked her well-wishers through the comment section. 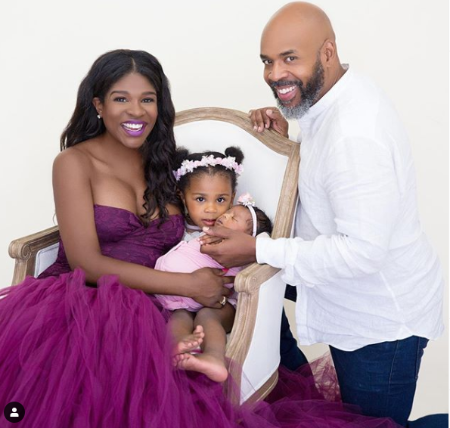 Edwina Findley with her husband and children SOURCE: Instagram (@edwinafindley)

Findley keeps on giving a glimpse of her relationships to the fans through her social accounts. Despite her busy career schedule, she manages time to spend with her family.

Edwina Findley summons a tremendous amount of money from her prolific career in Hollywood. She has an estimated net worth of around $1 million as of 2019. An actor earns around $50,235 per annum in the United States.

She portrayed Nurse Hillary in the 2013 movie Insidious: Chapter 2. The budget of the film was $5 million, and it grossed $161.9 million on the box office. She shared the screen along with Barbara Hershey, Ty Simpkins, Patrick Wilson, Leigh Whannell, and others.

Besides her roles in movies, Findley also starred in some hit TV series. From 2010–2013, she appeared as Davina Lambreaux in Treme. Furthermore, she is the regular cast of the series If Loving You Is Wrong as Kelly since 2014.

Stay in touch with Marriedwiki for more biographies and news.

An American actress Edwina Findley got married to her boyfriend Kelvin Dickerson after dating for a long time.

Victoria Rose is the elder daughter of an actress Edwina Findley and her husband Kelvin Dickerson.

London Joy is the second daughter an American actress Edwina Findley and her spouse, Kelvin Dickerson.