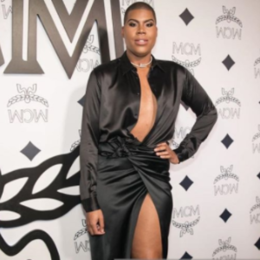 EJ Johnson is a renowned American television personality and socialite. Born in a celebrity family background, he gained recognition after making an appearance on E! reality TV series Rich Kids of Beverly Hills in 2014. 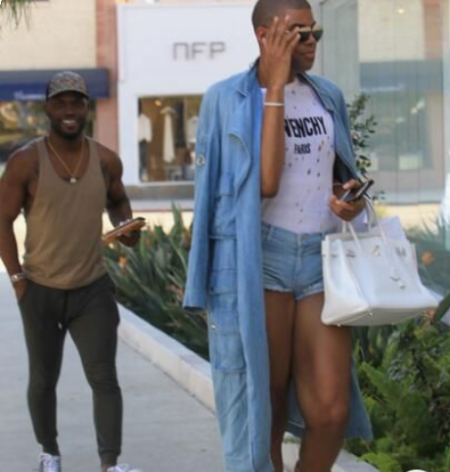 Sources caught them going on a lunch date with Love & Hip Hop star Christopher Milan at Toast in Hollywood, California. The lovebirds tried their best to sneak out with cameras watching them; however, cameras spotted them together.

Whenever the pair merely go out for a bite to eat, fans speculate something romantic is going on. Sources believe the duo has recently broken up in 2020, citing personal issues. Christopher is the CEO of McTV Streaming Network, Ragner on Comics, The Receipt Factory, and Beverly Hills White Smile.

How did EJ Johnson Come out as Gay? 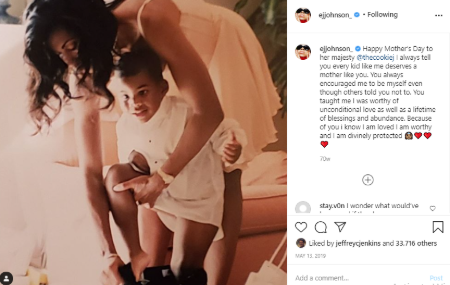 TMZ published a story with photos of Johsohn holding hands with Christopher. That was the first time he came out as gay in 2013, but his family was already aware of his sexual orientation. He ultimately decided to come out before beginning college at New York University.

Very few people knew his identity until he starred on reality series Rich Kids of Beverly Hills. It was a show on E! that focuses on a group of late teen/young adults who are children of famous parents.

The stars included Morgan Stewart, Dorothy Wang, Brendan Fitzpatrick, Jonny Drubel, Roxy Sowlaty, and EJ. In addition to that, Johnson's role on the show as a friend of Dorothy made waves because it was made clear that he is homosexual.

A gay philanthropist, Johnson has an estimated net worth of $2 million. He made at least $150,000 per season from Rich Kids of Beverly Hills. Speaking of his further works, EJ has partnered with Chrome Girl to launch Jaded, a nail polish that aids to benefit New York City's LGBT Center. 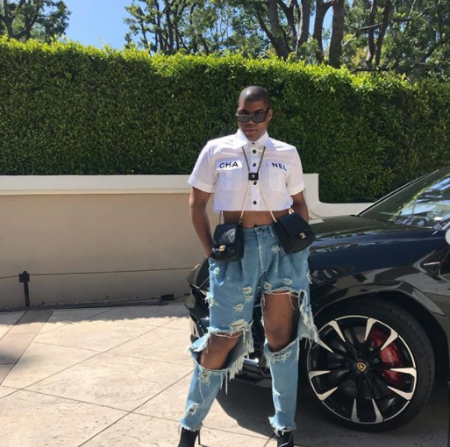 Johnson appeared on series such as Fashion Police, E! News, as a special correspondent for the Mercedes Benz Fashion Week. He had been a part of Rich Kids of Beverly Hills from 2014 to 2016. Besides, he was given his spin-off reality series by E!. The show called EJNYC includes his friends and sister, Elisa Johnson.