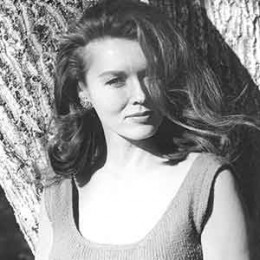 The American actress Elaine Devry remained single her entire life after her divorce with second husband, Mickey Rooney. The 89 years old actress is known for her work in The Atomic Kid. 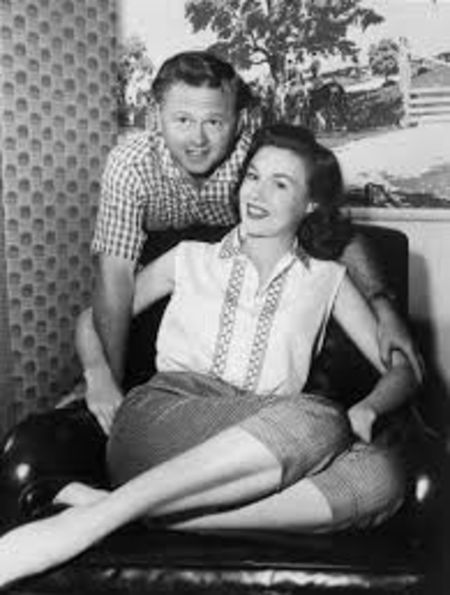 Well, she met this young lad while attending her college. Love sprouted between these two which consequently led to in a husband-wife relationship. The lived a blissfully married life in Butte until the following year Dan allegedly got convicted of multiple robberies.

Recommended: Hollywood Actress Elaine Devry Married Twice & Has A Child; Her Other Affairs And Dating Rumors

Well, this didn't take long for the gorgeous actress to loose down the knot with Dan. After four years of marital relationship and her husband in probation for five years, Elaine filed for divorce and parted her way in 1952.

Be that as it may, Devry returned to California to work as a carhop at the Dolores Drive-In. She then, met her second love, Mickey Rooney in the fall of 1952. The duo hitched, vowing to remain together for the rest of their life on November 15, 1952, in Las Vegas. Moreover, the lovely pair shared a child Jimmy Rooney.

But, Devry relationship with Rooney also didn't last long. With some misunderstanding and disputes, the duo parted their ways after six years of marriage in 1958.

Elaine Devry Career And Net Worth

Elaine's appearance on big-screen made her fortune through which she live a blissful life even after a tragic relationship with two husbands. However, the exact figure of the lady's net worth is still under review. 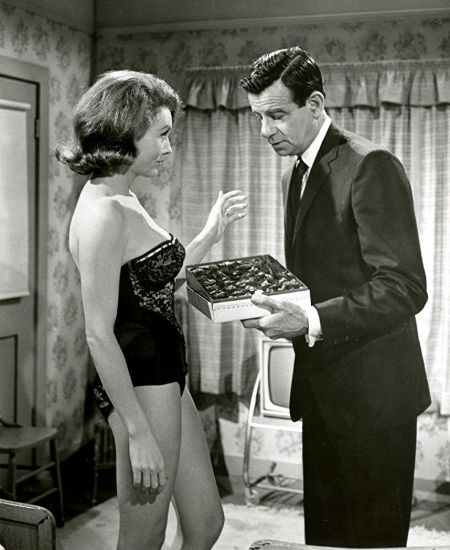 Elaine Devry on A Guide for the Married Man (1967)
SOURCE: IMDb

Nevertheless, she lived a luxurious lifestyle at that time with her earning from her T.V. and on-screen appearance.

Initially, she started her modeling career at the age of 15. She debuted in acting with her first role as Elaine Davis in the hit movie, The Atomic Kid, alongside her husband Mickey Rooney.

Soon, Devry appeared in a number of movies including A Guide for the Married Man and The Cheyenne Social Club.

In addition, she appeared in many television series, including 77 Sunset Strip, Burke's Law, Bonanza, Family Affair.

Elaine Devry was born on January 10, 1930, in Compton, California, U.S. Born as Thelma Elaine Mahnken to Fred P. and Hortense Mahnken, her parents raised in Compton with her brother Jeff Devry. 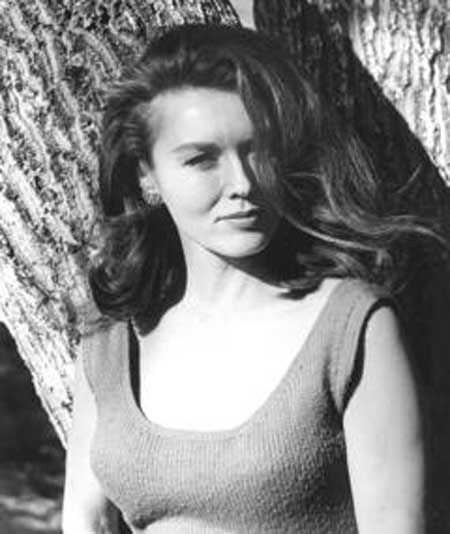 Coming to her studies, she studied at Compton High School. While studying she started a modeling career at the age of 15. Then, Devry graduated from Compton Junior College.

The world-class 89 years old actress is still alive with a good health condition.

She also had a six-year marriage relationship with actor Mickey Rooney. Elaine met Roone in the fall of 1952, and married on November 15, 1952, in Las Vegas.

Elaine Devry and Dan Ducich tied the knot in 1948 after meeting each other during their high school days. The couple subsequently got divorced in 1952.

Elaine, who met Mickey in the fall of 1952, married him and shared a child together named; Jimmy Rooney