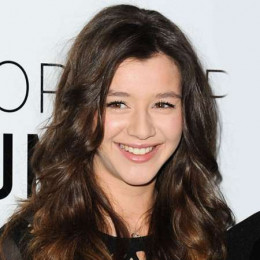 Eleanor Calder is fashion blogger. She is co-founder of The Trend Pear. She is also a student of politics. Above all, she rose to fame for her relationship with the boy band One Direction member Louis Tomlinson. She is a self made girl and is career oriented too. She is both beautiful and talented. She has huge fan following in social networks. Her Instagram followers are more than 2.4 millions in number.

Eleanor Calder is single as of the moment. She was also criticized for her relationship with the One Direction member. However, their relationship did not last long. There was also a rumor that she was engaged in 2013. But it was later turned down. There are not other rumors associated with her: personal or professional. She is hardworking girl and has promising future. Her fashion blog, that she started in partnership with Max Hurd is leading her to success.

In 2017, Calder and Tomlinson reunited and dated again. The couple is still together as of 2019.