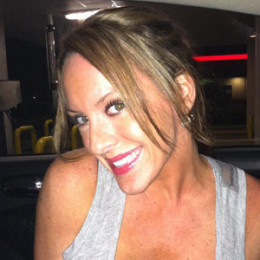 Elizabeth Huberdeau is known as the ex-wife of the famous wrestler, actor, rapper, John Cena. She is a model by her profession and became popular due to her relationship with this famous wrestler. He has been the WWE champion for the highest combined days in the modern era. While promoting his 2009 film, 12 Rounds, john Cena announced his engagement to his girlfriend. And from then she started to become the topic for media.

Westbury, Massachusetts native hit the media until she's romantically linked to a WWE star, John Cena with whom she lived for years. Let's check out her present relationship status.

Is Elizabeth Huberdeau Dating Anyone?

If I may say so, the current relationship status of Huberdeau is possibly single. Probably, she is looking for a man who could love and spend the rest of his life with her. But once she was a wife of John Cena, Elizabeth was his high school sweetheart.

John Cena and Elizabeth Huberdeau first met during their high school which is in West Newbury, Massachusetts and eventually fell in love. He married his high school sweetheart.

The pair seemed so happy and nothing indicated that a divorce might be one the way. After three years of marriage in May 2012, Elizabeth and John filed for the divorce.

The ex-couple signed a prenuptial agreement before the marriage, guaranteeing that John would get to keep most of his possessions, in case things went awry.

News about their marriage came when he was promoting his movie 12 Rounds in 2009. He said,

The duo exchanged a vow on July 11, 2009, just five months later the interview was conducted. However, the couple couldn't handle their married life and had divorced in May 2012. The reason behind their split was assumed to be John's extramarital affair.

"Now, Liz’s attorney Raymond Rafool tells TMZ … they’ve been getting tips Cena had been messing around during the marriage … which, if true, could be grounds for Liz to challenge the prenup."

"All matters have been settled and resolved amicably."

Recently, John Cena is living a blissful life with his girlfriend Nikki Bella and soon they are going to tie a knot. In April 2017, John proposed Nikki in front of thousands of WWE universe.

Considering her amazing career, Elizabeth definitely has a net worth of $5 million. However, the exact figure has yet to be revealed. She is a professional real estate businesswoman and she owned many expensive properties.

Most notably, her ex-partner John Cena possesses an estimated net worth of $55 million. He is considered one of the wealthiest wrestlers in the world after Dwayne Johnson.

Elizabeth was born on September 28, 1979, in West Newbury, the state of Massachusetts. She belongs to the white ethnicity and holds an American nationality.

Huberdeau works in the real estate business but most people recognized her as the former wife of WWE star John Cena. Elizabeth completed her higher education in her own hometown, West Newbury and later attended Springfield College, located in Massachusetts for further education.

Elizabeth is one of the popular real estate businesswomen. She was involved in the trading of land and building in different places. She is kind of secretive about her personal stuff that's why she hasn't talked much about her work.

It is regarded as after her marriage with John Cena, she got much hype in real estate business though it wasn't last long.