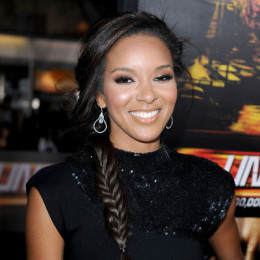 Elizabeth Mathis is an American actress. She is known for her role in Blue Crush 2, Unstoppable and Enchanted. She had studied communications and business at Northwestern University. From the university, she had been cast on a program of ABC name What About John. In her teen age, she had won a beauty pageant named Miss Teen Michigan. She had said that she has a strong bond with her father and mother as well as other family members too.

Elizabeth was born in Detroit, Michigan. She was very close with her father and mother as well as with other family members. Growing up in the Midwest she liked playing outside and green grass.

As a kid she was interested in the beauty pageant and later in her teens, she participated in such competition winning the title of Miss Teen Michigan. However, she didn’t make it to the national pageant.

Mathis then continued with her studies and enrolled at Northwestern University where she studied communications and business. During her time in the University developed an interest in acting and tried out her skills off-campus. To further her acting career, she moved to New York.

Mathis debuted in acting from the series What About Joan where she played a small role as a Cheerleader in 2001. She then appeared in the police procedural television drama series Law & Order: Criminal Intent as Naomi alongside Vincent D’Onofrio, Kathryn Erbe, and others.

Her first movie is the 2007 animated musical movie Enchanted directed by Kevin Lima, where she played the role of Tess. The movies cast include  Amy Adams, Patrick Dempsey, James Marsden and many others.

Her breakthrough movie is Blue Crush 2 where she portrayed Pushily. For her character, she learned to surf and also taking two hours class every day with her dialect coach to correctly execute her roles as a native South African.

Not only that, Mathis even took dance lessons and yoga to maintain her body. The movies cast include Sasha Jackson, Ben Milliken, Gideon Emery and so on.

Some of the other movies and series credits are 100,000 Zombie Heads, Tron: Legacy, Glory Daze, Unstoppable, CSI: Miami, Six Degrees, Love Monkey and so on.

Elizabeth is a kind of person that likes to keep her affairs away from the camera and media attention. The hot and stunning actress still now has remained secretive about her relationship. However, she seems to be a married woman. She is married to model Isa Raham.

The beautiful couple has two daughters namely Nima their oldest daughter and Nyla their youngest daughter. Elizabeth is also pregnant with their third baby. Her husband is a model and fitness enthusiasts.

Elizabeth runs a blog called 'The Cool Mom,' where she shares her experience of motherhood and tips for healthy living.

Elizabeth Mathis' net worth is $700,000. She earns well from her movies and TV series. In 2004, she was the part of  American musical fantasy romantic comedy film, Enchanted which was a huge hit with total box office collection of $340.5 million.

Isa Rahman is a model and a fitness enthusiast. He is married to the beautiful actress and the mother to his two daughters Elizabeth Mathis.

Nima is the first daughter of the actress Elizabeth Mathis and her husband Isa Rahman.

Nyla is the second child of the gorgeous actress Elizabeth Mathis and her husband Isa Rahman.