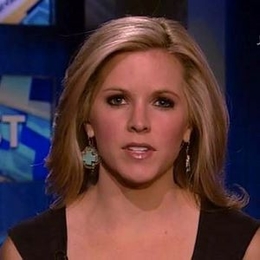 Elizabeth Prann is an American news reporter who currently works as a news anchor in HLNTV. The veteran journalist is best known for her work in Fox News where she worked for over nine years.

Elizabeth Prann is a Baseball WAG.

The HLN anchor Elizabeth Prann tied the knot with professional baseball player Darren O'Day. The couple said I dos on November 20, 2010, at the  Ritz-Carlton hotel in Atlanta, Georgia. 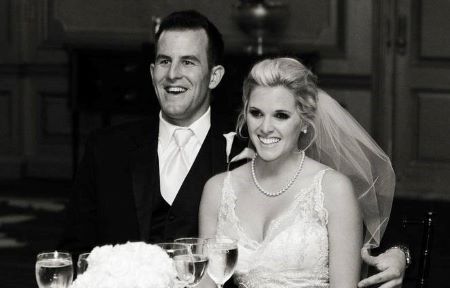 Elizabeth and her husband on their wedding day.

For the big day, the bride chose a deep V-neck lace white wedding dress and a pearl necklace. Similarly, the groom chose the black tuxedo with a cream-colored tie.

The Colorado native first met her future husband at the University of Florida, where she was studying Journalism. The Atlanta Braves player was also attending the same college and was pursuing agricultural and life sciences. 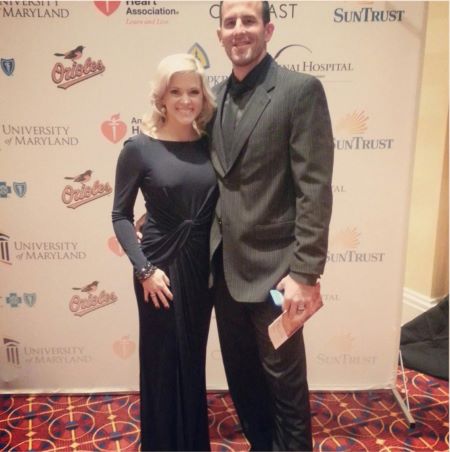 Elizabeth and her baseball husband attending an event.

Well, you may be curious about how these two individuals with different faculties kindled romance. Well, they both represented their university in sports. Darren played baseball for the University while the blonde beauty was a member of the women's lacrosse team. So, there is no doubt the interest in games brought them together.

The college sweethearts further graduated from college in 2006, and they continued their romance. They even remained committed to one another even when they moved to different places because of their career. Thus, they made their college romance a successful one like Rima Horton and her husband, Alan Rickman. 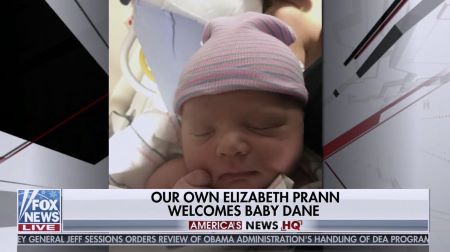 The former FOX News anchor and her spouse are celebrities in their own right. However, they have maintained a low profile.

The pair hax accounts on social media sites such as Facebook and Twitter; however, they are not continually updating. Furthermore, they rarely post personal pictures, including photos of their children.

Prann started her career as a production assistant in Greta Van Susteren show on Fox News. After working there for two years, she worked for a short while in WJHG-TV.  She, however, returned to Fox News Channel in 2010 and worked there for nine years. 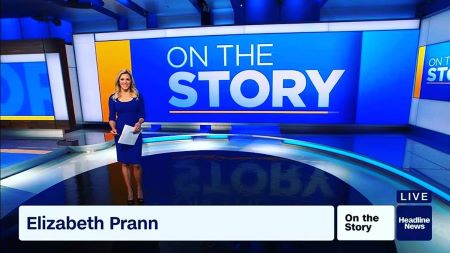 At present, the 5 feet 8-inch reporter works as a news anchor in HLNTV, the sister channel of CNN. On average, an anchor in CNN earns $40,000- to several million, depending on tenure and experience.

The news personality is working in the journalism field for over a decade, so her salary must be on the higher side of the pay scale. From her salary, her net worth is estimated to be around $150 thousand-$300 thousand.

In her long career, she reported on national headlines such as Deepwater Horizon oil Spill and West Fertilizer Plant explosion.

Darren O'Day is a baseball player who currently plays for Atlanta Braves. He and the journalist first met at the University of Florida.

Claire O'Day is the first child of Darren O'Day and Elizabeth Prann. She has a younger sibling.

Dane O'Day is the second child of Darren O'Day and Elizabeth Prann. He has an older sibling.