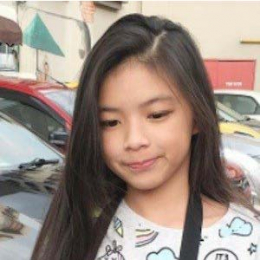 One of the top young influencers in Malaysia, Elyn Leong is an Instagram star, You Tuber, and a Tik Tok star. The rising star is active in the field of social media since 2016. Henceforth, she has earned a huge fan following along with huge bucks.

Who Is Elyn Leong Dating To? Know More About Her Personal Life

Elyn Leong is single as of now. The star seems to be more to her career rather than involving in some serious relationships. Moreover, she is hardworking and ambitious which might be the reason behind her focusing more on her work and career.

Scrolling her Instagram account, Leong is very close to family and especially with her sisters and mother. She often shares pictures with them on her account. Check out some of these pictures.

Happy Mother's Day mummy! thanks for making for who I am today you're the best mum I could ever ask for

Apart from family, she also posts several other pictures on her account which helps her to grab a huge fan following. Her growing Instagram account has more than 200k followers as of 2019 and it will surely increase in the coming future without any doubt.

How Much Is Elyn Leong’s Net Worth?

The rising star has a YouTube channel, ‘’elyn leonggg’’ from where she makes around $10-$154 and $115-$1.8k yearly. Currently, her channel has over 79k subscribers and millions of views. Moreover, the star earns around $612.75-$1021.25 each from the promotional posts on her Instagram. She is also active in Tik Tok which can be counted as her another source of income.

Apart from her social media career, the star also collects some bucks from commercials. She appeared in numbers of commercials including Barbie and Colgate.

Elyn is an animal lover and has two pet dogs. She has two Chihuahua which costs around $400 to $1,200 each.