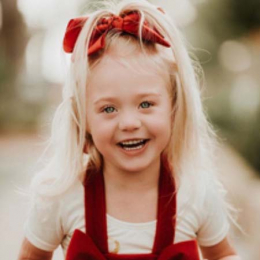 Everleigh Soutas is one of the youngest Instagram stars. From a very early age, she grabbed a huge fan following on her social media including Instagram and YouTube. Her all the social media accounts are managed by her mother, Savannah Labrant who is an author by profession.

Like any other 6-year-old children, Everleigh Soutas lives with her parents. She is currently studying and along with that, she is making her career in social media.

When it comes to Soutas parents, her mother Savannah Labrant is an author whereas her step-father Cole LaBrant is a You Tuber. Soutas' mom and step-dad tied the knot in 2017 and henceforth are inseparable. Before marrying Cole, Savannah was in a relationship with a mysterious guy with whom she shares Everleigh. So, the detail about Everleigh's biological dad is still a mystery.

Being the media sensation, it is very obvious that Soutas is active on social media and has a great fan following. Moreover, all her social media accounts are handled by her mother.

Everleigh Soutas has an estimated net worth of not less than $1 million. At a very early age, she is successful to grab such an impressive amount from her social media career. She is also active on Tik Tok which can be count as her another source of income.

Soutas also has another Instagram account, 'foreverandforava' where she collaborates with her friend, Ava Foley. From the account, they earn $2,550-$4,250 each from the promotional posts. Similarly, they also have a joint YouTube channel, 'ForEverAndForAva' from where they make $2K-$31.8K monthly and $23.8K$381.5K yearly.

Sweet or Sassy in our @skiphop gear! Double tap your side! 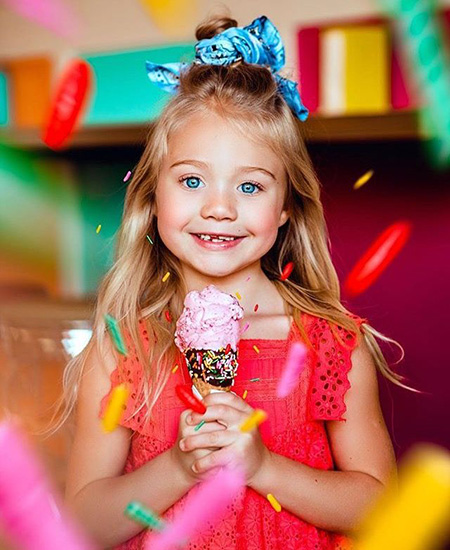