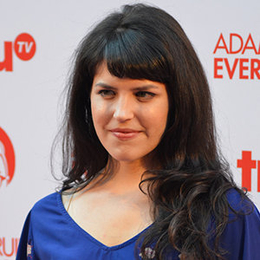 Emily Axford is a popular name in the comedy community. She starred in various comedic television series such as 'Adam Ruins Everything' and 'Hot Seats'. Her comedic timing helped her win the hearts of millions of fans in a short time.

"Dimension 20" famed actress Emily Axford shares amazing chemistry with fellow actor Brian K.Murphy. Is it because of their acting or their off-screen relationship?

Emily is happily married to fellow actor Brian K. Murphy since 20 September 2014. The wedding was an intimate affair and was attended by close friends and family. 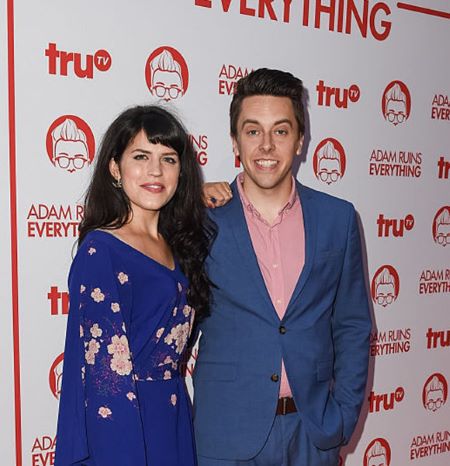 Emily Axford with her husband at an event.

Well, Emily first met her future husband when she went for a voice audition for a show "Dinosaur Office". They, however, started to know each other when they began working in the series "CollegeHumor". After spending time together, they began to develop a feeling for one another and started dating soon.

Only after two years after dating, they walked down the aisle. The couple is now together for over four years and the bond between them is stronger than ever. They are, however, yet to expand their family with children.

And for Halloween 2021, the writer donned in a cat-like blue costume as per the picture she posted on her Instagram. "breaking hearts, collecting rings (in a childs halloween costume)", said Emily in the caption section.

Emily and her spouse love to work together on projects, whether it is a television show, a book or a podcast. In an interview, Both were asked what it feels like to be a married collaborator to which Murphy answered:

“It’s sort of a blessing and that curse because you’re just kind of working all the time, even when you’re not actually writing.”

Emily added that the connection between them makes the work a bit easier. She said:

“We’re so flexible with each other that if we disagree we don’t have to really be polite about it. We just say, ‘I don’t like that’ and then we fix it.”

At present, they are working together in the comedy television series "Hot Date". They both serve as writers ad creators of the show.

Axford also owns a YouTube channel Emily Axford, but she has not posted a video from a year ago. At present, her channel has over seven thousand subscribers.

The 35 -year old Emily Axford is an accomplished actress, writer, and producer. She accumulated a substantial amount from her professions. 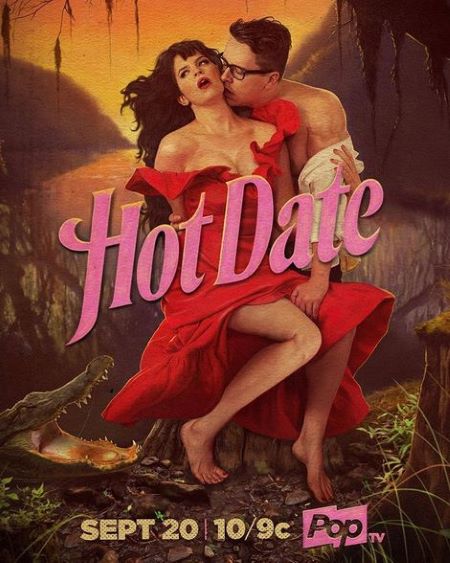 Emily holds a total net worth of around $300 thousand -$500 thousand. She earned a large portion of her wealth from her acting career. She is working in the entertainment industry for over a decade and is part of many Television shows. On average, an actress with 5-9 years of experience earns an average of $56,664 a year.

The talented actress worked in many television shows such as "Jake and Amir", "Hardly Working" and "CollegeHumor Originals". However, she got recognition when she played the character Emily in the truTV comedy show "Adam Ruins Everything". The show featured actors such as Adam Conover, Rhea Butcher, and RuPaul.

The actress popularity further rose when she created and starred in the comedy television show "Hot Date". The show was produced by comedy legend Will Arnett and touched on hot topics related to love and friendship.

The show which aired on November 8, 2017, became a fan favorite and was renewed for another season. The second season will premiere on September 20, 2019.

The actress is an accomplished Writer

The television star is not only a gifted actress but a talented author as well. She co-wrote a book HEY, U UP? (For a Serious Relationship): How to Turn Your Booty Call into Your Emergency Contact in 2018 with her husband. The book is available on Amazon in  Kindle for $9.99 and the paperback version for $12.43.

Emily additionally is also a scriptwriter and have written comedic shows such as "CollegeHumor Originals", "Sketchy", and "The Britishes".

Check out one of her videos from College Humor.

The starlet also regularly appears in the podcast "Not Another D&D Podcast" alongside husband Brian Murphy, Jake Hurwitz and Caldwell Tanner.

Podcasting is a lucrative business, and advertisers pay $25-$50 for every 1,000 podcast download. So, she must be earning the right amount from her podcasting gig as well. 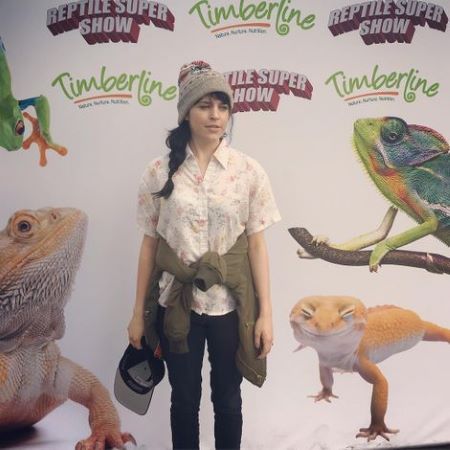 Actress Emily Axford at an event.

Brian K.Murphy is an actor and writer. Emily and Brian developed feelings while working together in College Humor.