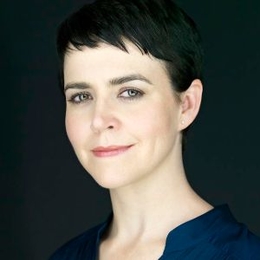 Emily Donahoe is an American actress who is working in theatre for years. She is also a producer and businesswoman. However, most people are familiar with her as the wife of actor Michael O'Keefe.

Emily Donahoe started dating now-husband Michael O'Keefe in 2010. In a short period of time, the pair realized that they want to spend the rest of their lives with another one, and thus on 18 September, the couple tied the Knot. 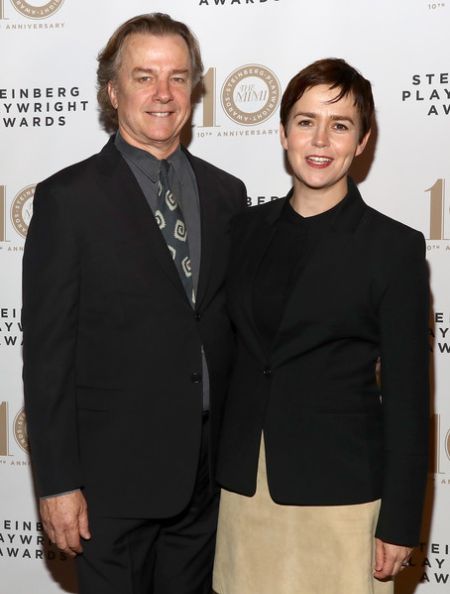 After the wedding, the couple soon started the family. Their first and only child Aidan O'Keefe was born in November 2012.

Emily Donahoe is an Actress, Businesswoman, and Producer; What is her Net Worth?

Emily Donahoe is a talented actress who primarily performs on stage. She has worked on both Broadway and off-Broadway and has won several awards.

Occasionally she works on camera as well and has been part of many popular shows and movies, including Homeland, Dirty Movie, and Law & Order: Special Victims Unit. 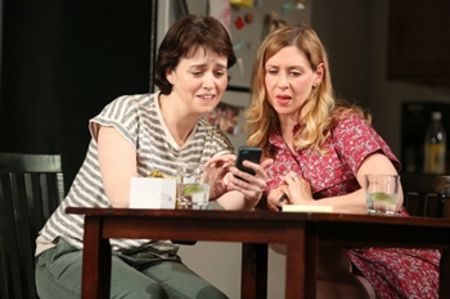 In addition to acting, the UCSD alum has also tried her hand in business. She is Co-founder/ Producer of Apparition Productions, and founder of WOMEN SPEAK Training, a Public communications training company. Her Net Worth as of 2020 is estimated to be around $600,000.

Michael O'Keefe is an American actor who is best known for his work in Caddyshack and The Slugger's Wife.

Aidan O'Keefe is the only child of Michael O'Keefe and Emily Donahoe. He consists of Irish and French-Canadian ancestry from his father's side.