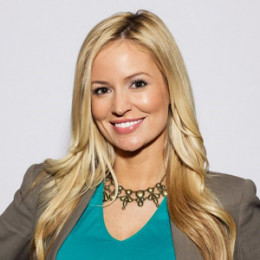 Emily Maynard Johnson is the television personality popular for her appearance on the show The Bachelorette and The Bachelor. She is a married a woman and is living a blissful married life with her husband and children.

Johnson volunteered at the Levine Children’s Hospital, the Hendrick Marrow program before entering the TV Industry. She eventually garnered the Bachelor recognition after featuring in the reality TV show The Bachelorette. She also appeared in the series The Bachelor.

Besides that, Emily is also the writer of the books like My Story of HeartBreak, Redemption and True Love.

Emily is married to Tyler Johnson, an automotive management consultant. The duo exchanged vows in 2014. The husband and wife are responsible and caring parents of three children namely Josephine Riddick Hendrick, Jennings Tyler and Gibson Kyle. As of now, she is pregnant with her fourth child and underwent appendix surgery during her six months of pregnancy with her fourth child.

Emily was previously engaged to Ricky Hendrick, a NASCAR driver. The duo stayed together until death departed one of them. She faced the painful departure from her fiancé when Ricky died in a plane crash in 2004. She was pregnant with his child at the time.

She gave birth to his daughter named Josephine Riddick Hendrick on 29th June 2005. After the incident, she had an affair with one of the contestants of the popular series The Bachelorette Jef Holm. However, the duo soon called their relationship off.

As a TV personality, Johnson earns a substantial amount from her career. She holds the astonishing net worth of $5 million.

Tyler Johnson the current husband of Emily Maynard Johnson is an automotive management consultant. The duo tied the knot in 2014.

Josephine Riddick Hendrick is the first child of Emily Maynard Johnson with her late fiance Ricky Hendrick. She was born on 29th June 2005.

Jennings Tyler Johnson is the older son of Emily Maynard Johnson and her husband Tyler Johnson. He was born on 6th July 2015.

Gibson Kyle Johnson is the youngest child of Emily Maynard Johnson and her husband Tyler Johnson. He was born on 16th September 2016.