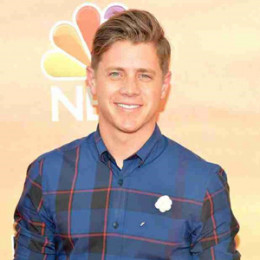 Jef Holm is a famous reality star mostly known as the winner of the eighth season of The Bachelorette. During the reality show, he fell in love with Emily Maynard and proposed her there.

Jef Holm was born on July 23, 1984, in St. George, Utah to the white American parents. He has a sister named Melissa.

Holm started his professional career while in high school as he co-founded People Water, a sustainable water bottle company.

In the eighth season of ABC’s The Bachelorette, he bagged out Arie Luyendyk Jr., the star of season 22 of The Bachelor and Sean Lowe, a famous reality star.

Previously he worked as an entrepreneur in St.George, Utah. He is good friends with many stars including Kate Bosworth and Taylor Swift. He even has posted photos with them on Instagram where he has 170,000 followers.

As far as Holm's personal life is concerned, he is still unmarried. The Bachelorette star fell in love with the fellow contestant Emily Maynard in the show. He proposed Emily while still being on the show and their relationship began there. The couple also continued their relationship outside the house and were also engaged. However, a short time after their engagement, they called off their engagement and started their separate journey.

In 2013, Holm congratulated Sean and Catherine for their togetherness via Twitter where he also mentioned he had been missing his ex-girlfriend Emily- who is expecting her fourth child with her husband, Tyler Johnson.

The Bachelorette Season 8, reality star, Jef Holm is living a luxurious life. His net worth is roughly around $3 million.