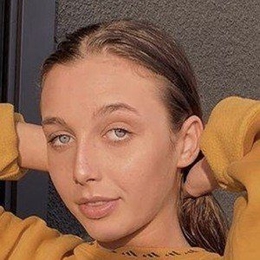 Within the year of embarking on her YouTube career, Emma Chamberlain was able to win the Streamy Award in the category of Breakout Creator. Now, talk about accomplishment.

Emma Chamberlain; Not Your Average YouTuber

At the age of only eighteen, Emma Chamberlain already has more than 8 million Instagram followers and making more money than a lot of us could ever make. And, all she did was used her camera one summer of 2017 and created making videos for her YouTube channel. 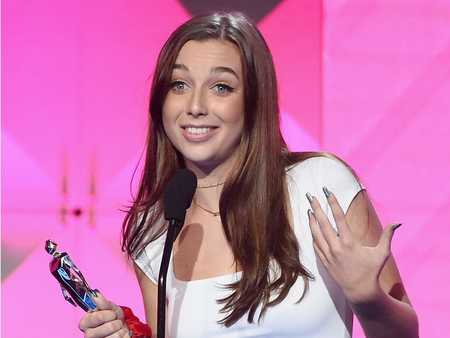 Miss Chamberlain never thought she would be standing where she is today. But with hard work and smart initiatives in the world of the 21st century, the San Bruno native was able to achieve it all. Her triumphant social media presence is no big deal. But, on the horizon, rumors had it that the social media star has been dating fellow Tik Tok star, Aaron Hull.

Chamberlain is indeed dating TikTok star, Aaron Hull. The young love birds, however, are yet to publicly confirm their relationship with their fans. But, otherwise, the truth is already known to their eagle-eyed fans who first noticed the presence of Emma on Aaron's TikTok video in October. 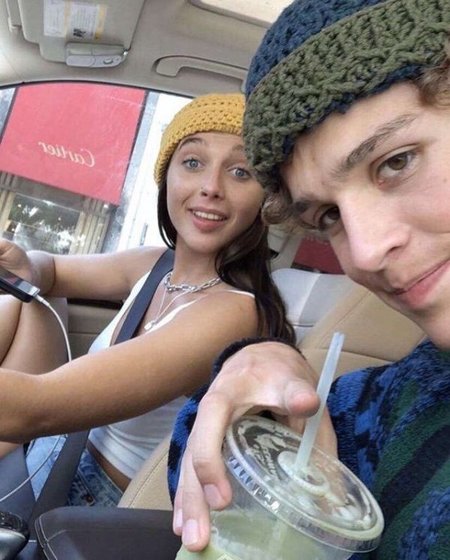 It wasn't long after that, the boyfriend of Emma too started being noticed in the contents of the YouTuber. And, likewise, the rest is history. Not to mention, despite being shy to talk about their relationship with the public, Emma and Aaron follow each other on Instagram. The couple, who their fans also shipped them as Emron, often shares their clothes too.

What more? Not after his acquaintance with Chamberlain, Aaron didn't hesitate to unfollow fellow YouTuber and actor, Ethan Dolan, who dated Emma in the past. Emma and Dolan began dating in late 2018 and went on to collaborate together alongside Ethan's brother; Grayson Dolan and fellow YouTuber, James Charles. 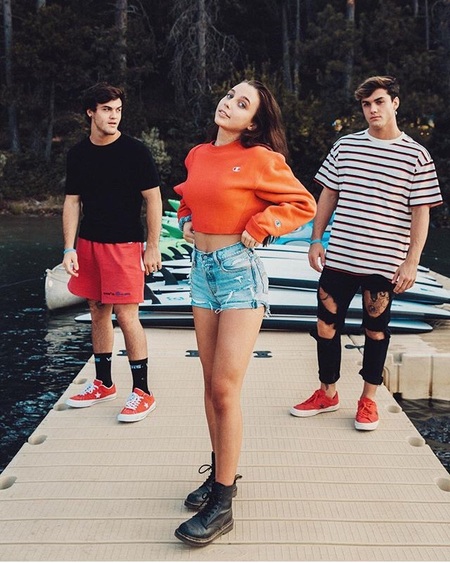 Emma Chamberlain alongside former boyfriend, Ethan Dolan and his brother, Grayson Dolan. SOURCE: We Heart It

Throughout their relationship, Mr. Dolan even bought a coffee machine costing $2000 for Emma. The former couple, split at the beginning of 2019. Emma, however, was still there to support the Dolans when their father died from cancer.

The key to the success of Emma Chamberlain? Intelligence, hard work and exceptional personality. No wonder Chamberlain is among the richest YouTuber's list. Money still doesn't come easy for the internet personality since it can take anywhere from 20 hours to 30 hours to edit just one content.

The blondie first gained public attention after her video titled We All Owe The Dollar Store An Apology went viral. And in results, her YouTube subscriber's number of nearly 4000 reached to more than 150,000. Today, the two times Shorty Awards nominee has more than 8 million subscribers on both YouTube and Instagram.

Currently owning a net worth of $3 million, Chamberlain also makes her earning from her own business Chamberlain Steeped Coffee Bags. A coffee addict since day one decided to launch her own coffee company business in December 2019.

View more interesting Biographies of your favorite social media influencers and Gossips only on Marriedwiki.com.